Citizens continues to shed the points of their 2019 / 2023 electoral program. Yesterday, next to the macro project of the castle quarry, announced some measures less ambitious economically but that, they claim, would provide solutions that can serve the whole world. 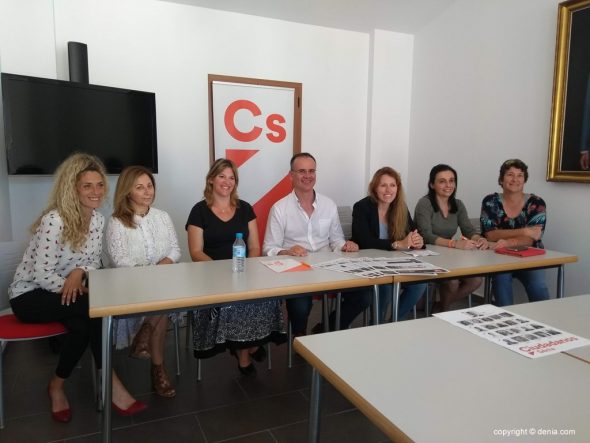 The number 3 of the list Estefanía Swamb, explained the proposal that they themselves have called Dénia Unplugged, a bet for leisure that seeks to encourage the late and life in the streets of Dénia throughout the year. In this way, La Mar Street would be strengthened as a connecting hub for leisure between Loreto Street, Marqués de Campo Street and the Port.

For this purpose, acoustic shows will be scheduled on the street during the summer months but also during the rest of the year, coordinating the activities with the restaurateurs and respecting the rest hours of the neighbors.

Another of its great proposals is the launch of a Blue Week, comparable to White Week but, instead of in the snow, in the sea.

For Susana Mut, number 2 of the candidacy, it would be a good solution to encourage activities in the clubs and different nautical entities of the city, offering proposals to children and young people from other cities in the country. From Ciudadanos bet also to facilitate the bureaucratic procedures of sports clubs at the time of making events throughout the year.