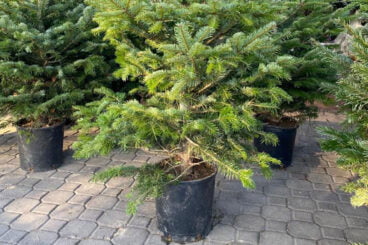 Natura Garden raffles a natural fir tree to decorate your home this Christmas. To participate in the giveaway you must give a "like" and comment on our publication of the giveaway on Facebook. Good luck to everyone! Natural spruce that is raffled by Natura Garden Check the raffle rules here. Natura Garden, your garden center. With 25 years […]

Duration: Drawings will start on Mondays and Wednesdays, lasting three days. In the case of a special express draw, it will start and end on the same day.

Award Winning: Winners of the draw must contact the company within 15 days and collect their prize personally, or send to a duly authorized person. There will be no shipments of any item drawn.

Selection of winners: the winners will be chosen in a completely random way made by the web augeweb.com/azar/ or similar.

THE SEA OF CHULA - Wednesday, August 26

THE MOSSET - Thursday, 16 for April

36.353
4.242
10.495
2.060
We use our own and third party cookies to offer you personalized advertising and collect statistical data. If you continue browsing we consider that you accept our Cookies policy.
Close