Opinion Susana Mut (Cs): «Do you bring the beaches to the municipal government?»

Speaking of the protection of the dunes on our beaches there has been a phenomenon that has left us all with our mouths open. I explain myself as concisely as possible:

In January of the 2017 our municipal group presents a motion on the protection of the dune cords that is approved UNANIMOUSLY, Psoe included. 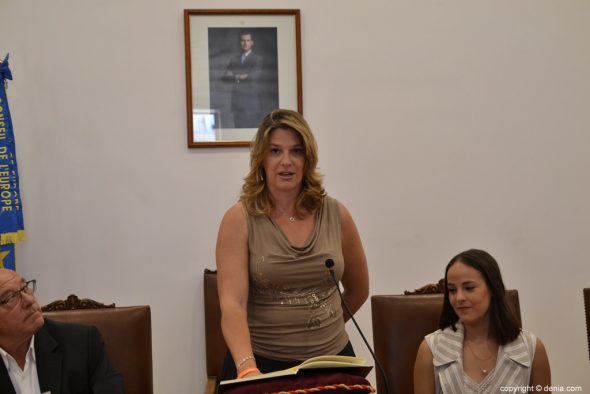 It is broken down into four points. The first is the realization of a project to inventory the current situation and schedule actions to be carried out. The second refers to the implementation of efforts to obtain subsidies and public aid at all levels including Brussels and the Biodiversity Foundation. The third one refers to the preparation of a Master Plan for the Uses of the Dénia Beaches and the fourth one that presents the achievements obtained to the Awards of recognition of the Network of Local Governments + Biodiversity of the FEMP.

This is the commission that the plenary gives UNANIMITY to the local government two and a half years ago. What has been done since the City Council since then? Not much, rather nothing. It seems that the Motion has been in some drawer all this time.

However, from the Provincial Headquarters of the Coasts of Alicante an official letter arrives on July 4 of the 2019 requesting a report within a maximum period of one month regarding the “RECOVERY PROJECT OF THE COURT SECTION INCLUDED BETWEEN THE PORT OF DENIA AND THE GIRONA RIVER TM DE DÉNIA (ALICANTE) ”, dunes included. Does the motion come out of the drawer at that time since nothing else has been done before? Does the government team move the UNANIME position of the plenary since they have expressly requested it? NO, plain and simple NO.

The Department of Ecological Transition sends a report to Costas on the 12 date of August of the 2019 where it requests the correction of what, in its opinion, is important. First, that the fillings in the Almadrava are made with sand of marine origin and not with boulder because it is a problem for cleaning machines. Second, consider the erosive effect of pumping on the breakwater projected in the Llobell Entrance and if its dimensions will affect the passage of cetaceans through our coastline. Third, that the works to be carried out in the dune regeneration and fourth that are communicated to the City Council that access gateways are intended to be defined be defined

And what about the UNANIME MOTION ?, NOTHING OF ANYTHING.

Nor is the existence of the Project communicated to the other parties.

Along the way, the rest of the dianenses learn about the existence of the Costas project just a couple of days after the end of the allegation period, with the consequent social alarm, from associations and parties the lack of transparency and communication is affected shown.

Ciudadanos Dénia manages to present, in a hurry, an allegation to the Project requesting Costas to include the motion of the 2017 and thus communicates it to the other local parties, since we assume that there is unanimity of all of them regarding the defense of our coast. For this we present a new motion to the plenary so that the government team can present the 2017 Motion to Costs under the claim that we have made from Citizens Dénia in a timely manner.

In principle, it seems that the situation has been saved in extremis. But it is time to see him in the Commission of Ecological Transition and the Councilor of Ecological Transition, Mrs. María Teresa Pérez Conejero, communicates to us all his decision not to SUPPORT the Motion. This causes the obvious astonishment, and somewhat of disbelief, in all of us who listen to its positioning.

Even so, we present the Motion to the Plenary Session of August 29 in the hope that everyone's interest will be imposed and the Psoe will not be dismissed from what he voted two and a half years ago. When the time for voting comes, all parties vote FOR the Motion and the PSOE VOTES AGAINST.

Vote against your own vote of the 2017, incomprehensible.

Seen what has been seen, it is only possible to ask some questions to try to understand what has happened. Is it that the local government doesn't care about our costs? Or maybe it's because the Motion was not from his own party but from Dénia Citizens? Or is it simply for not recognizing that since the council had taken a wrong position, anything but recognize a mistake?

We return to claim the much announced transparency and collaboration of “outstretched hand” that the mayor announced to us all. This is not working for #DeniaEnSerio, it is not.