Dénia pays tribute to the Republican 52 shot by Franco

During this noon, as every year, the tribute to the 52 shot from the Marina Alta after the Civil War by the Franco dictatorship was made. In the act, organized by the PSPV, more than a hundred people have gathered, taking place in the cemetery of Dénia next to the wall where many of the Republicans were killed. 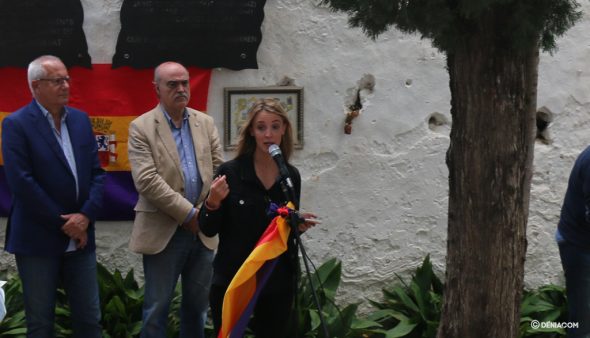 Act in memory of the shot in the Marina Alta

16 neighbors of Dénia, 14 of Pego, 6 of El Verger, 5 of Pedreguer, 2 of Ondara, 2 of Xaló, 1 of Sagra, 1 of Teulada and 5 of outside the region. 52, in total, were the Republican victims who were killed in the Marina Alta by Franco's dictatorship after the Civil War ended.

This next week marks the 80 anniversary of the shooting of Dénia, committed on the wall in front of which today more than a hundred people have gathered, including sons and daughters of the victims, to pay tribute to them and, above all , remember them.

"They will always be alive in our memory as long as we keep coming here", said the representative of the PSPV Historical Memory Secretariat in the Marina Alta. 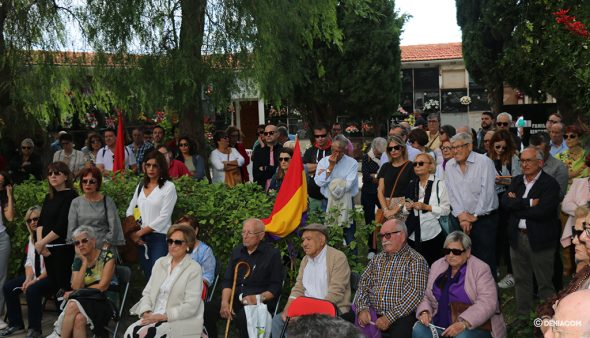 Children of those shot by Franco

"We play that the trifachito prohibits these acts"

Mayor, Vicent Grimalt, for his part he remembered what "a lot to be played" 10 next November. "We play that the trifachito prohibits such acts", Grimalt declared, to which Matías Alonso, coordinator of the Group for the Historical Memory of Valencia, replied that this would never happen. "Even if I send fascism, as long as you are mayor and we are here, this act will always be celebrated again", answered Alonso. 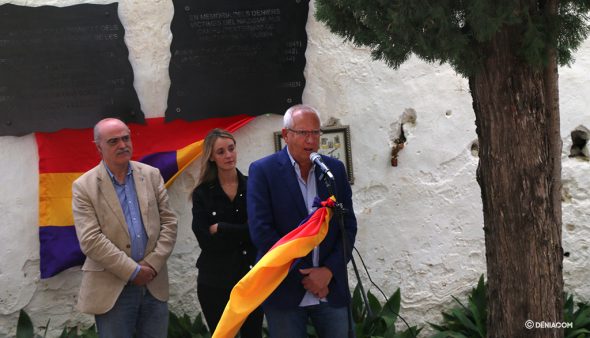 Vicent Grimalt during the tribute

Grimalt has taken the opportunity to appeal to those who plan to abstain next Sunday 10 in November and to remember that "thanks to the current government" it has been possible to remove from his monument of homage to the person in charge of the murdered that today were honored.

"Even today they look at us some badly"

Matías Alonso also wanted to underline that not only did those 52 kill people in the Marina Alta, but they left mothers and children destroyed. Dead in life who, as two of these children present there have counted, suffered even more from hunger by running out of the family's pillar of livelihood and marginalized and repudiated by a society that pointed them out with their finger. "Even today they look at us some badly", counted the son of a victim. 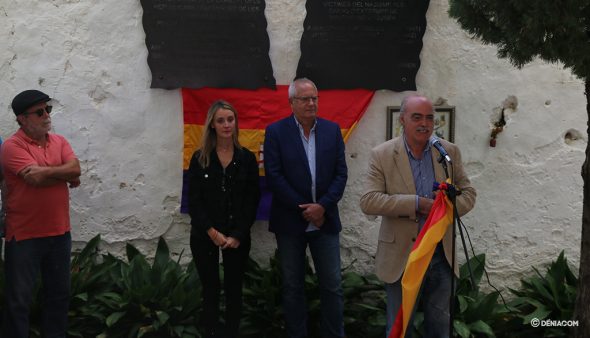 Matías Alonso, coordinator of the Group for the Historical Memory of Valencia

Alonso has also dedicated words to the recent exhumation of Franco and the Valley of the Fallen, which he has preferred to address as Cuelgamuros, since "It is neither a valley nor all the dead there are its fallen". The coordinator of Historical Memory bet not to destroy it. Leave it and explain it, like Mauthausen, then "If it is destroyed, nobody will remember what happened there, and here, it happened". 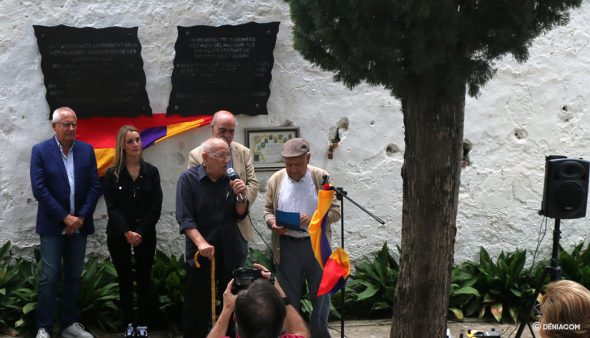 But, without a doubt, the most exciting moment of the tribute has been when the relatives of these and other murderers have given their testimony, telling what it was like to live without a father and the hard road that must be traveled, full of obstacles, to be able to achieve peace by resting these murdered with their families. 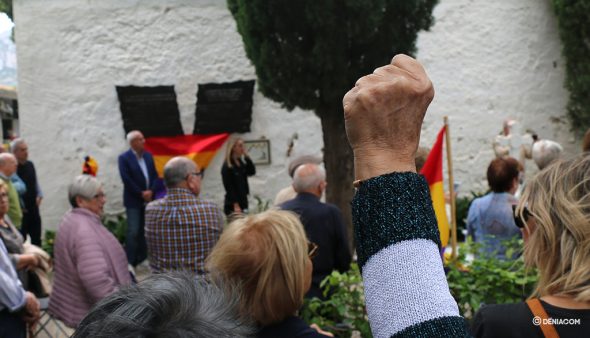