Open letter from GD to councilor Maria Josep Ripoll: «The nova Dénia, demagoguery and the old way of making a General Plan»

Following your party's doctrine in the face of any criticism, you label the political adversary with total frivolity, as someone outdated and despicable, without any foundation or reasoning. It is his way of pleasing his supporters, hence the demagoguery. They seize the absolute truth and the ideological space as the only ones capable of defending progress, tolerance, transparency and doing well. The others are all from the “old guard”, that is, retrograde looks. 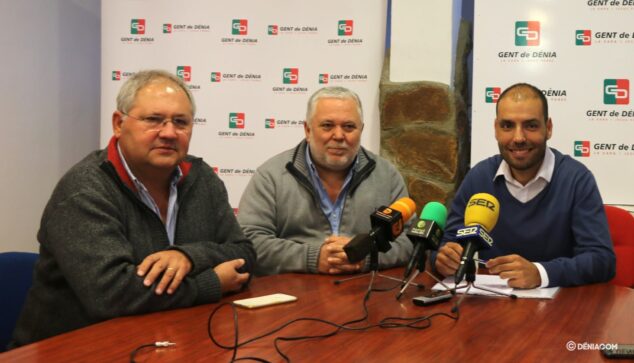 We tell you from a political group in which all thoughts and tendencies fit. People from the left, from the right, from the center, nationalists or regionalists. And you would be surprised to know in which of them the greatest open-mindedness and tolerance are observed.

We don't know if we are “old”, but we are old and sensible enough to fulfill our obligation to “guard” over its management and especially over the misfortunes of the General Plan that have been cooked in its kitchen.

In 2015, before a general plan also agreed by you, it was left on the table, failing to fulfill its pre-election commitment to modify a few things, to end up throwing it away. A plan that also had minimal growth. That it did not lay waste to rural land with unjustified protections, leaving the owners of
all life without viability to maintain its properties in conditions. That it didn't have last-minute dark ratings like this one has.

Since then and until now, more than seven years have passed of complex processing, documentary tangle, urban patchwork, classification arbitrariness, obscurantism, and of course, presumed cumulative deficiencies that do not predict better times. The approval of the definitive plan that you are taking us to public exhibition violates the LOTUP, specifically article 54.8, because the DATE (Strategic Environmental and Territorial Declaration) was not published in the DOGV before this final version.

Furthermore, it is a provisional DATE and another complementary to the provisional one, this requires approval and not a condition for a plan that still does not have favorable sectoral reports, with the aggravating circumstance that they missed the opportunity to present new preliminary versions because of the expiration that they denied so many times, the expiration of the reference document. And today, what they expose to the public is a supposed final version, but that cannot be more than a new preliminary version for failing to comply with the mandatory publication of the DATE. We already warned you about all this in the plenary sessions of February and June 2022, but you continued with your roller, caring very little about the responsibility for such defects of form, and now once again, you insist on your mistake.

You are putting it "by egg" so that this Plan stays in court, because not even the Ministry dares to approve a definitive DATE or even to publish the provisional one.

So don't brag about having done a great job these seven years. No one doubts that it has worked, but it is not a plan agreed by everyone. It is a plan made from the arrogance of the absolute majority, without taking into account the opinions of others and plagued by procedural errors.