Why is it hotter in Dénia than in Xàbia?

Xàbia-Dénia, two towns in the Marina Alta of which are only 7 km away and suffer very different meteorological changes. The two municipalities are separated by the Montgó Massif, the protagonist of this climatic difference.

Of always, the most commented among the inhabitants of both towns, is that if Jávea It is hot or it rains, in Dénia more, but is this true? From Xàbia.com we speak with Toni Bolufer, head of Meteoxabia to explain the technical part of this fact, which has sometimes exceeded 8 degrees of difference. 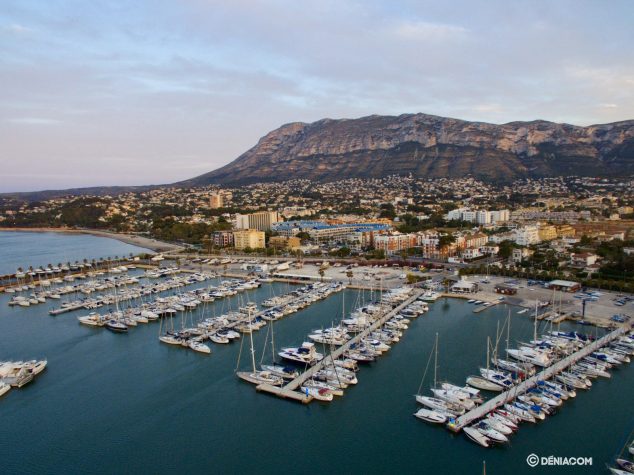 The Montgó from Dénia

Bolufer tells us that the great difference in temperature between both populations is due to the collision of the air with Montgó, "due to the orography, in Xàbia, the west wind turns into the southwest wind (Llebeig), since when entering through the sea it takes its temperature and softens; on the other hand, in Dénia, having to ascend the air , then when descending increases in temperature (foehn effect) and blows hotter ", causing a feeling of embarrassment.

In fact, this past Wednesday, July 1, this episode of great difference occurred in the mercury of the thermometers and of which TVE was echoed in the section of El Tiempo. Its presenter, Albert Barniol, explained that on this day "In the southeast it is where it has been the hottest. If we approach this area we see the influence of the mountains, the Montgó, 750 meters of mountains and the difference is notable between the two populations. With 37 ° (Dénia), in only about 10 km, there was 30 ° (Jávea). Then Jávea has gone up to 33, but notice the difference and influence of the Sierra ".

As for the rains, the impact of the clouds with the Montgó causes the same effect; "the Montgó absorbs the clouds, making it reach the maximum height (different direction in each of the towns) to descend and produce rainfall", says Toni Bolufer, who adds that although this profile has been mostly met in Dénia, "In recent years it has been very even, the accumulated rainfall figures in the urban area of ​​both towns is hardly higher in Dénia, but there is a change in more rain in the southern part of Montgó, the part of Xàbia, which slightly has registered a higher volume compared to the Dénia area ".

In short, the Montgó joins and separates the two towns at the same time, causing thermal and climatological differences.

The Valencian Community adds 358 cases of coronavirus and 255 discharges in the last day
August 14st, 2020

Helicopter rescue on the Montgó of a young man after suffering a heat stroke
August 13st, 2020

Moments of tension in the Hospital when the surrounding area caught fire
August 13st, 2020

The young dianense disappeared since Tuesday appears at the police station
August 13st, 2020

Sentenced to 2 and a half years in prison for causing a fire in Dénia that affected several urbanizations
August 13st, 2020

Dénia will offer free hours in private car parks in exchange for consuming or buying at their premises
August 13st, 2020
2 Comments