The municipal representatives of the Popular Party in the Municipalities of the Marina Alta, were meeting yesterday in Dénia to try to reach a consensus regarding the most ideal location for the future train station of the Costa de la Costa. 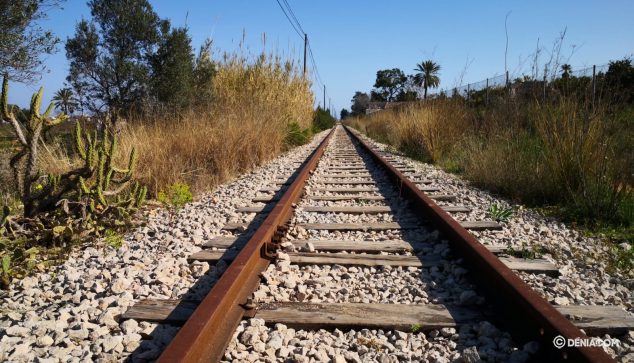 In Dénia, but not in the center. Only in terms of term, moving it away from the city, which will continue to be connected to the tram but without having to endure traffic agglomeration, away from Montgó to avoid environmental damage and closer to what the AP-7 toll was, and therefore , from many other municipalities. In addition, that would allow those who travel there by vehicle to have more areas to park. "A location similar to the Xeraco station", indicates to this means the leader of the PP of Dénia, María Mut.

The Marina Alta has been claiming for decades "the train", an economic, fast and sustainable means of transport that connects our region and connects us to the north and south, that is, that unites us to Alicante and Valencia, in times that are reasonable, which will allow its residents and visitors to connect with the large railway lines connecting with the rest of Spain and Europe. The need to have this communication infrastructure is unanimous in a region, made up of 33 municipalities and in which 175.156 registered residents reside, in addition to its temporary residents or visitors, as it is an area of ​​high tourist occupation that can triple the previous population.

This social demand has been intensifying in recent years, "without progress by the Central and Autonomous Administration in its materialization. Quite the contrary, not only have the projects for a north-south railway line, called Tren de la Costa, not advanced, but the pre-existing Tram line that connected the city of Dénia with Alicante, is currently paralyzed and offline for more than three years due to the works of its modernization. With what we can conclude that today our region does not have any railway service in operation, with the serious social and economic consequences that it implies for our territory and its development ", communicate the popular ones.

Juan Bautista Rosello, Provincial Deputy, has indicated that in this critical situation in which we find ourselves, "It would be a serious historical and strategic error not to continue to vindicate this infrastructure with more strength and unity, defending a common position that is the most reasonable, regarding the layout of the track and the location of its Station, in view of the different alternatives that the Informative Study of the Ministry of Transport, Mobility and Urban Agenda proposes. However, in recent months and weeks we have attended divergent positions between the different City Councils, and even within a political party ".

For her part, Maria Mut, popular spokesperson at the Denia Town Hall, stated that they cannot afford to waste any more time, nor generate division when it comes to posing and positioning themselves together in the decision to seek the best technical solution for the entire region, taking into account count all the factors. "Indefiniteness and division would be irresponsible and the only thing it would cause is a greater delay in its execution and an excuse to continue delaying the competent administrations in its execution".

The Popular in the Marina Alta, among the technical alternatives proposed by the aforementioned Informative Study of the Ministry of Transport, Mobility of the Urban Agenda, considered that the 3D ALTERNATIVE, located in Dénia, with a direct connection to the TRAM line, is the Best proposal for the future station of the València-Alicante railway line in the Marina Alta region, for the following reasons:

a) .- ACCESSIBILITY AND EQUIDISTANCE.
This alternative is the most accessible and equidistant to all the population centers of the Marina Alta, since it is the closest to the two major communication routes that cross the region from North to South, such as the A-7. and the N-332, as well as any road that connects from the East-West with these two axes. The A-7 exit is the main connection for the most remote municipalities in the southern area, especially Calp, Benissa, Teulada-Moraira, Xaló, Lliber and Senija. It is also the closest to National 332, through which the rest of the municipalities of the Region would access. This would even improve with a direct interconnection of the CV-725 road with the CV-724, and an improvement in the route of the latter from its connection with the National 332 until its arrival at the Station. Also, due to the short distance of less than a kilometer, a direct connection with it would be feasible from CV-735, coming from Xàbia. The connection with Dénia would be by CV-725 or CV-724. This alternative would also allow a connection with the TRAM Line, both from Gata de Gorgos and from the South of the Region, as well as from the Station located at the end of this Line in the center of the city of Dénia, which should even allow the circulation of a tram with a single and intermittent route to Dénia, adapted to the departures and arrivals of the Tren de la Costa. With this solution, the connection with the city center of Dénia and its Port would be perfect

b) .- SAVING TIME.
Accessibility and equidistance are factors that determine the arrival time at the station of its thousands of users in the region who have their closest connection at this point, and which they calculate are 80% of the population residing in Marina Alta. In addition, this alternative would also save time, which is calculated in more than 12 minutes per journey in relation to the rest of the alternatives and would affect all users of the Alicante-València line.

c) .- PARKING.
This is the only alternative that would allow for a comfortable surface parking for vehicles, which is essential for a Station that will have thousands of users from different municipalities who, due to their geographical dispersion, will continue to be the only and most comfortable means of transportation , which suggests that the car park should have a high capacity of at least 2.000 vehicles.

d) .- MORE VIABLE AND LESS EXPENSIVE ALTERNATIVE.
This is an element to take into account, since one of the factors that has delayed the implementation of the Tren de la Costa is its difficult financing due to the high cost, so this alternative is the most economical, with a much lower cost than the others since the station is built parallel to the main route, without extending its route.
This alternative, as already indicated and proposed in the technical proposal of the Ministry, would imply the execution of a section, stop and connection with the existing TRAM line.

e) .- LESS TERRITORIAL AND ENVIRONMENTAL IMPACT.
This alternative is already the best valued in the Ministry's Study from an environmental point of view since it has less territorial impact, since the Station is located parallel to the main route of the line, without any deviation or extension, with fewer conditions than this. It would mean a sensitive area due to its proximity to the Montgó Natural Park. On the other hand, this alternative will mean a decrease in CO-2 emissions due to the reduction in travel distance and traffic of vehicles that have to access the Station from anywhere in the region. What must be taken into account for its influence on climate change.

The Popular will present motions to the plenary sessions of the different municipalities of the region, so that they give their support to the proposal and the works begin as soon as possible, of the mentioned Tren de la Costa.

The City Council responds to the PP: «Who will dismantle the department of Urbanisme»
13 of February 2020
5 Comments

Do not worry if your driving license has expired: Jávea Driver Recognition Center clarifies doubts