More than 2.000 boys and girls from the region participate in the MACMA theater campaign

The Mestral de Benidoleig school hosted the last sessions of the 22ª Campanya de Teatre ales escoles de la Marina Alta, which has brought a year closer to the children of the region a theatrical proposal based on proximity and interaction. 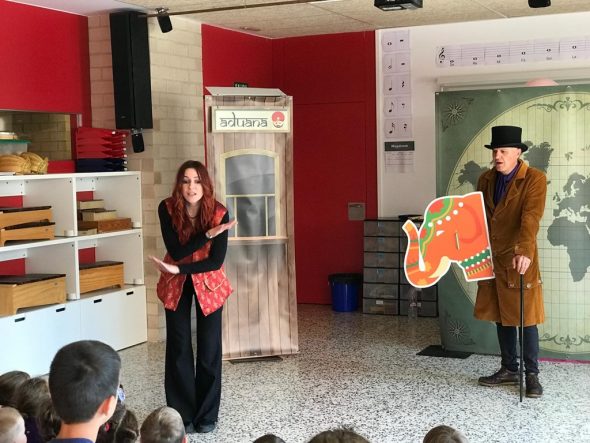 The campaign, which began the tour of representations last winter and that has completed a total of 70 performances, has been in charge for one more year of a company in the region, in this case L'Oracle de l'Est, those responsible for which have led this year a representation based on the great classic of literature La vuelta al mundo en 80 días, the universal work of Jules Verne.

From the MACMA -Mancomunitat Cultural de la Marina Alta-, coordinating entity of the campaign, the fact of having already reached more than two decades of theater programming in Valencian and with professional companies of the region is valued. 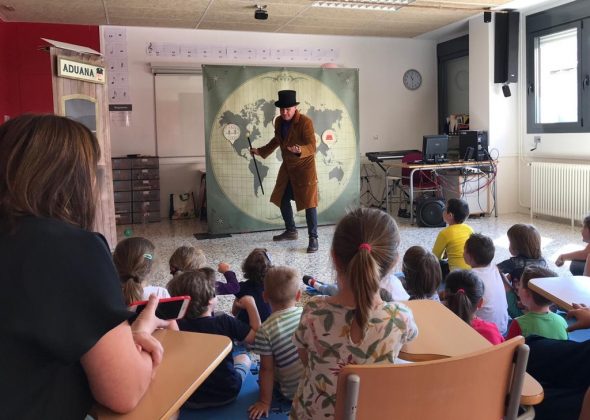 In this edition, more than 2.000 schoolchildren have enjoyed the campaign since its premiere in February, as the entity's manager, Jovi Seser, has pointed out. "the importance of a cultural program that, thanks to the support of the councils of the Marina Alta, has consolidated in two decades the normalization of the theater in our language and, within the same transversality, has enhanced the dramatic language within the teaching field".

The Galleon Andalusia will dock in Dénia, a floating museum of 49 meters in length
18 of February 2020