The major fallas of 2020 already have their "exalters"

The major falleras of Dénia 2020, Safir Malonda and Martina Gimeno, already know the names of those responsible for carrying out their exaltations in their respective presentations, on Friday 20 and Sunday 22 in September. 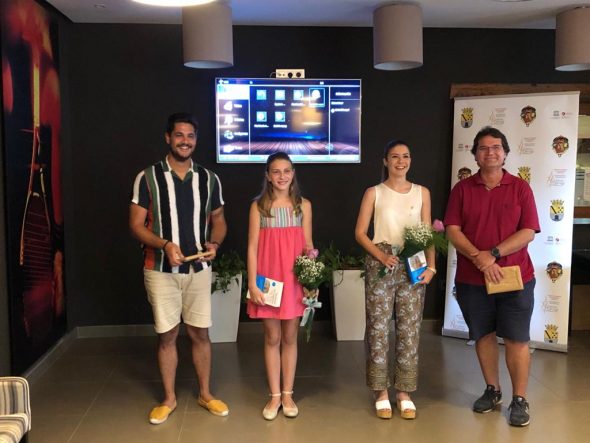 El mantenidor Safir Malonda, fallera mayor of Dénia, will be Denier José Miguel Mulet, a graduate in chemistry and a doctor in biochemistry and molecular biology from the University of Valencia.

Mulet is currently a professor of biotechnology at the Polytechnic University of Valencia (UPV) and directs a line of research to the Institute of Molecular and Cellular Biology of Plants, mixed center of the CSIC and the UPV.

He is the author of the book Eat without fear of which more than 20.000 copies have been sold and published in several countries, of Medicine without Deception, Science in the Shadow y GM your fear. He is also the author of the blog Tomatoes cone genes (jmmulet.naukas.com) and collaborates in different media.

He is a regular speaker on topics related to food or biotechnology and his twitter account is one of the most followed by an active Spanish-speaking scientist.

The exaltation of the major children's fallera of Dénia, Martina Gimeno, will be in charge of the fallero Juan Céspedes Garrido. He has a degree in Hispanic Philology from the University of Valencia and is currently a professor of Catalan / Valencian and Spanish for foreigners at an academy in Valencia of which he is also the coordinator.

Céspedes began his path in the failures of Dénia in the 2003 / 2004 exercise in the Saladar fault. In exercise 2007 / 2008 became part of the Diana fault, to which it currently belongs. Between 2011 and 2015 he was delegate of protocol and social networks of the Local Board Fallera de Dénia.

His fallera life is extended in 2017, when he also points to the Arxiduc Carles - Music Gomis fault in Valencia. In the Valencian capital he has participated in the Theater Competition in Valencian Language (Teatro Fallero), where 2017 won the saragüell for Best Secondary Actor of the Main Category. In the years 2018 and 2019 has presented the Gala of the Culture of Junta Central Fallera.

Juan Céspedes has participated in different fault books, as well as in the script and critique of the two failures to which he belongs.