It has been presented XVIII Popular Cross of Les Rotes to be held on Sunday 28 August at 18: 00h. The race will be organized by A Cel Obert in collaboration with the departments of Sports y Local Agenda 21And, with the help of Neighborhood Association of Broken. They will also put their men at the disposal of the cross Civil Protection, red Creu y la Local police. 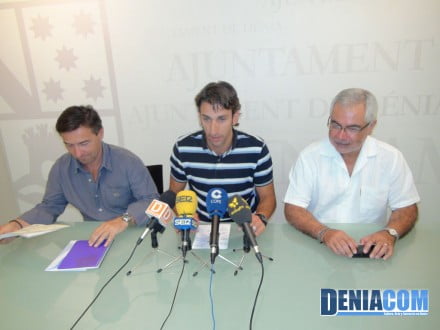 The route will be established, like other years, from the restaurant Mena to Marineta Casiana and return. Within the itinerary there will be a first part of the road from the beginning to the crossing of the Punta Negra and a second section, along the road by the sea, from the tip to La Marineta. There will be a wide range of categories ranging from Infant to Veteran. The prizes will consist of medals for the children and a trophy for the adults, with various gifts for the first 400 runners such as reflective shirts.

Councilman Local Agenda 21, Vicente Chelet, has exposed the concern that the government team had for the fact that the economic difficulties of the Rotas association, prevented the celebration of the race. In the end, with the help of the Dianense council and various associations it has been possible to carry out, according to the mayor.

The registration They will be held from today until the day of the race, although we recommend them as soon as possible in Som Web Esport with price of 5 €.