The restaurant of Quique Dacosta and Dénia, talismans for Aleix, the winner of Masterchef 7

The mystery between fires was solved. Aleix, the 25 years old fisherman from Barcelona, ​​was proclaimed this Tuesday evening the winner of the seventh edition of Masterchef. By clicking on the image you can see the complete program: 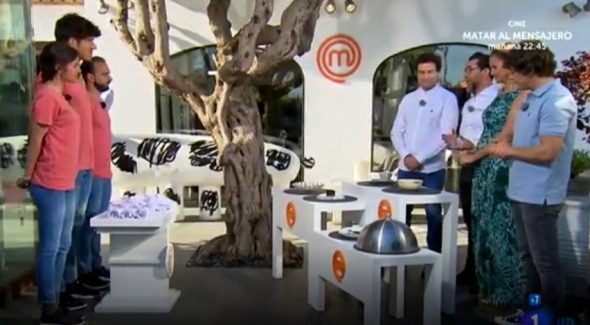 A final that was agreed after excelling with the outstanding test that was held in the restaurant of Quique Dacosta in Dénia, where the three aspirants -Aleix, Aitana and Valentín (Teresa had already qualified) - had to replicate some of the most Famous and difficult chef's dishes.

Dénia was very present in this important final. Not only as a stage, since throughout the test images of the city were emitted from the Castle or Les Rotes, but with the mentions of both Quique Dacosta and the chefs who judge the program. The voice of Jordi Cruz was the one that explained, at the beginning of the outdoor test, what Dénia offers in tourism, culture and gastronomy.

A promotion like no other in the prime time of national public television that was seen by 2.041.000 viewers, which represents a share of 18'8% of share and for which the city of Dénia paid about 31.000 euros.

Learn for free to use your mobile in Cyber ​​Arena