The Castle of Dénia: visits, history and photos

The Castle of Dénia, with more than a thousand years of history, brings together in the same enclosure the traces of the different cultures that have passed through this city. if you wonder what to see in Dénia, This is an unavoidable visit to know it. In addition, from the top you can contemplate beautiful views. Go up to the castle of Dénia It is a simple, affordable and very interesting activity for families.

The castle is located in the heart of the city, on a 60 meter high mound. It is accessed by San Francisco street, in the neighborhood of Les Roques. You will find a door in the form of tumidated warhead, Islamic feature, which gives access to a landscaped road, at the end of which is the ticket office. Here's a map for easy access.

To go up to the Dénia castle you have to go on foot, because for a few years, to preserve its state, the entry of private cars is prohibited. 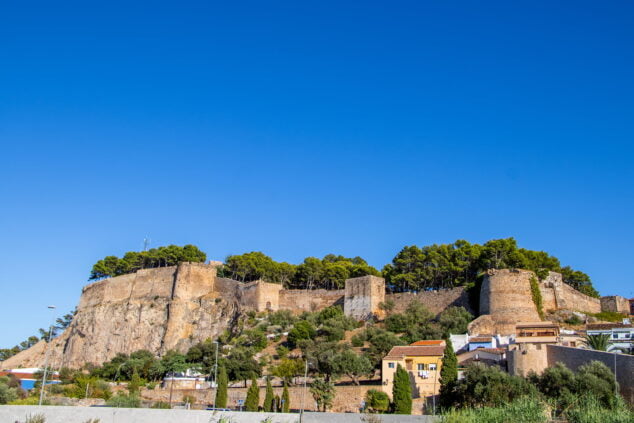 The Castle of Dénia seen from Miguel Hernández avenue

Here you have a series of useful information to organize your visit to this monument.

The Castle of Dénia opens its doors at variable hours throughout the year, depending on the hours of sunshine:

In summer, without an exact date, there is a period when you can visit the castle until 00:30 at night, in the so-called Visit the Castle by night.

The residents of Dénia and those born in the city can access for free, showing their ID with their address or place of birth. Tourists and visitors have to pay an entrance fee of 3 euros. Children under 8 years old are free, and boys and girls between 8 and 16 years old have to pay 1 euro. The rate for retirees, pensioners and students is 2 euros, as for groups of more than 25 people.

If you want information about visits to the castle of Dénia, you can contact the phones 966420260 y 966420656. Generally, they are organized in summer and do not have a fixed schedule. They will inform you at the Castle box office and you can also check the Dénia City Council website.

Other available resources are the guides that you can find at the box office, to know in depth the history and architecture of the castle.

This fortification, of Andalusian Muslim origin, dates back to the XNUMXth and XNUMXth centuries. But much earlier remains have been found on the castle slope, from the Dianium Roman.

The castle was the citadel or residence of the governor of Daniya. In the XNUMXth century it reached its structure with the double enclosure of the citadel and the albacar (walled enclosure used as a refuge for the inhabitants of a population center), and with relevant fortification architectures.

During the second half of the XNUMXth century, important reinforcement works were carried out, as can be seen from the architectural studies.

After the conquest of Dénia by Jaume I in 1244, the spaces of the enclosure change their use: they host the palau, Castell and Vila. In 1308 he settled in the albacar, the lower enclosure, the Vila de Dénia, while the citadel, with the Palau Old, it becomes the citadel. In this area, around the year 1600, the Renaissance palace built by Francisco Gómez Sandoval y Rojas, Duque de Lerma and Marqués de Dénia was integrated: this is what was once the Governor's Palace and today it is the headquarters of the Archaeological Museum of the city.

From the XNUMXth century, the continuous harassment of the Berber pirates forced to improve the fortification of the precincts of the Vila and Castell with the construction of bastions (to resist enemy attacks), leaving an important mark of Renaissance military architecture.

In successive centuries, wars leave their mark on the castle of Dénia: the War of Succession devastates the Vila and a good part of the fortress, and the assault during the French invasion (1812) damaged the southern front of the two enclosures.

With the arrival of the XNUMXth century, the castle passed into private hands, becoming an agricultural estate oriented to the cultivation of the vine and the production of the pansa (the grape raisins). During this time terraces were enabled for agriculture and retaining walls were created.

From the XNUMXth century to the present

In the first decades of the 1947th century, the north slope of the castle was used as a quarry for the extraction of stone. In XNUMX, after a complex expropriation process, the castle became municipal property. From that moment on, different remodeling actions are promoted, such as the planting of trees throughout the premises, the fitting out of accesses or the restoration of rooms such as the Torre del Consell or Portal de la Vila. In the 60s and 70s, with the tree of tourism, an access road to the upper part is built, demolishing a significant part of the walls and destroying archaeological remains of the Vila Vella.

The building of the Governor's Palace It was restored at the beginning of the 80s, at which time the Galliner Tower and Red tower. Also in these years various bastioned constructions and wall canvases were consolidated.

Already in the 2020st century, the administration enabled new spaces in the monumental complex, such as La Sala, oriented to the presentation of conferences, or the Visitor Center, next to the Palau esplanade. The rehabilitation of the staircase of the Palau means recovering the experience of accessing the palatial rooms. In XNUMX, the Verger Alt and the eastern bastion of the castle were rehabilitated, Renaissance military architectures from the mid-XNUMXth century, which for many years have been closed due to not meeting adequate security conditions for public visits. Now the Verger Alt is a new exhibition space, which corresponds to the old access to the citadel. 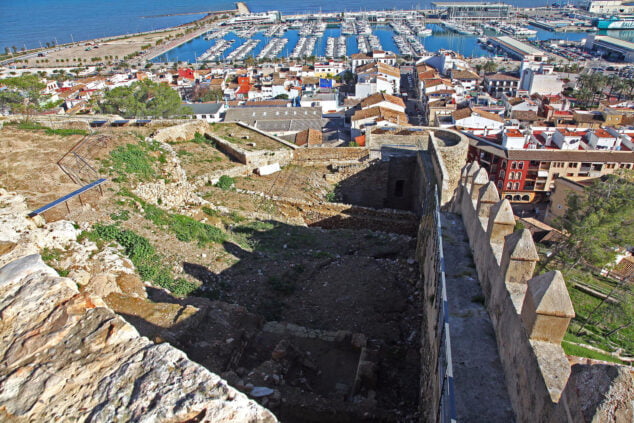 El Verger Alt, area of ​​the Dénia castle located in front of the port

It is located in the upper part of the Castle, and has four rooms corresponding to the Iberian, Roman, Muslim and Christian eras. It is free to access, because it is included in the ticket. Important for visitors: the Archaeological Museum does not have an accessibility ramp. 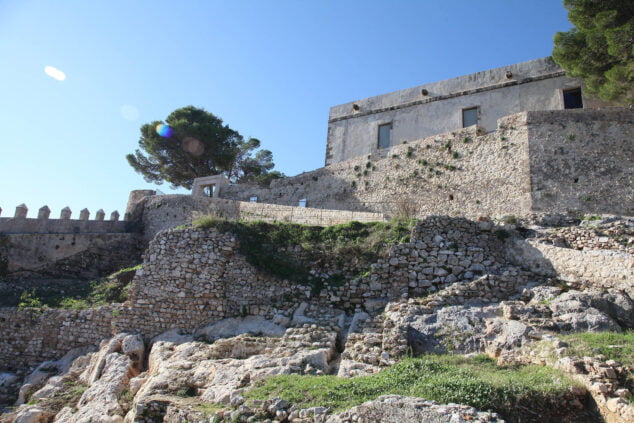 The Archaeological Museum of Dénia, seen from Verger Alt

The Dénia Castle tunnel connects the Plaza del Consell with Ronda de las Murallas. Since its rehabilitation in 2011, the maintenance and appearance of this step has improved considerably.

The creation of the Dénia Castle tunnel dates back to the years of the Civil War in Spain, as a bomb shelter. It was created between 1937 and 1938 to protect the civilian population from the bombardments of the La Pava aviation. Once the war was over, it remained open, thus linking two parts of the city.

Every summer, the Explanada del Governador del Castillo de Dénia, in the upper part of the enclosure, hosts two weeks of concerts of traditional and popular music in the concert cycle Music Castell. Admission to these concerts is free and is one of the most important events on the summer cultural agenda in the city of Dénia.

Weddings in the Castle Dénia

Couples who wish can get married at the Castle of Dénia paying the corresponding fee and knowing that it is not possible to access the top by car nor can banquets be served in the buildings of the monumental complex. The spouses take care of everything, both the public address system and the flowers and everything necessary, because there is no special infrastructure in the castle. Permits to celebrate a wedding in the castle are managed with the Dénia City Council Protocol department.

Dénia Castle - interior of the enclosure

Dénia Castle - the Torre del Consell from Cos Guard

Dénia Castle - Mosaic of the Palau

Dénia Castle - remains of the Palau

Dénia Castle - Remains at the entrance

Cos guard the Castle of Dénia

Almost 6.000 images on the architectural history of Dénia and the Marina Alta donated to the city
December 22th 2022

The Andalusian Galleon will return to Dénia, although a little later than expected
November 23th 2022