Dénia sings, jumps and dances to claim more scenarios such as La Fúmiga

Popular music returned last night to be Dénia's soundtrack. A city where it has long been marginalized and disappeared in the big party dates. The reason? Incomprehensible. For years, while the towns and cities of the Marina Alta and neighboring regions stood out for the commitment to the more alternative rock bands and genres of groups that have been raised here, Dénia ignored the undeniable success that each of these reaped events 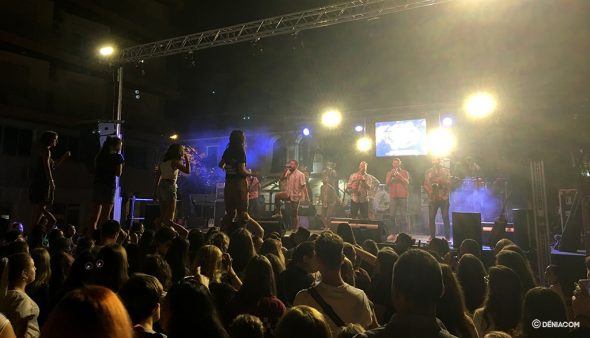 Hundreds of young people attend the concert of the 9 d'Octubre

Last night, as we said, an unprecedented scenario was set up in Marqués de Campo to host the La Fúmiga concert, an Alzira formation whose last single, Mediterranean, became the song of the summer for many young people of the region. The Fúmiga complied, and did justice with a repertoire where all the groups that passed near Dénia were present without stopping, filling concerts in each town and even abroad.

We talk about Obrint Pas, La Gossa Sorda, Aspencat, Zoo, Txarango ... It is true that the first two did live a dianense era where they came to bet on them, with that scenario of Rock to the Sea that disappeared without warning from the port of Dénia. In the case of Aspencat and Zoo, they also came to a halt in the capital of the Navy a couple of years ago, but on the private initiative of a famous nightclub, on a single date that they claimed to have been very satisfied with the response of people, being one of the most profitable days for the business, according to company sources. 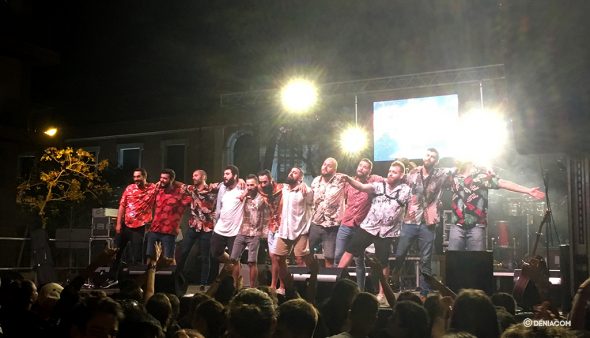 Now, in the last decade we have experienced what we could consider as the second golden age of music in the area. "It has been lived", although dianenses only heard or thanks to continuous summer trips to attend their performances in the nearby municipalities. To those already mentioned, we could add groups such as Auxili, Mafalda, Smoking Souls and, of course, La Raíz, one of the bands with more followers of recent years, who did not hesitate to play in practically all the towns of the region but, how not, without invitation from Dénia, where they repeatedly showed interest in bringing their music.

Last night, La Fúmiga brought years of successful songs to a capital, as deaf as blind, in one of the areas with the greatest musical culture. All these groups were versioned by those of Alzira before hundreds of young people who enjoyed the party he offered. A proposal that we have been waiting for a long time and that not even in Fiestas, except for an unusual year during the last legislature, we have been given the opportunity to live it next to home. 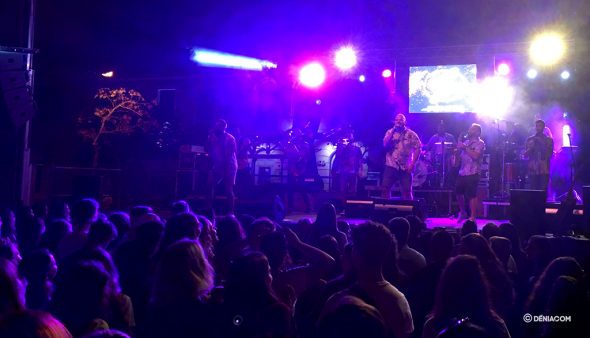 The Fumiga on stage

And it wasn't just the fans who received the news of a concert of this kind in Dénia with surprise. The band itself has commented to this media the disbelief with which they assumed the invitation. "The companions of other groups were freaked out when we said we were going to play in Dénia. They told us that it was Comanche area", declared one of the group members. "We are from Alzira and we do not have as much information about the situation as you can have it, but we are surprised that you do not bet on music in the capital of the region most closely linked to it, so hopefully today's appointment can help this reactivates and returns to normal ".

However, the response of the young people was impressive at least, something that both the group and the current Councilor of Fiestas, Óscar MengualThey recognized. "We, from the City Council, are committed to music in Valencian and today we have seen the great popular response of massive assistance to the events that have taken place and, especially, to the concert of La Fúmiga", says the councilor, who promises to continue along this line and study the creation of more events of the style.

The Fúmiga may have managed to wake Dénia once and for all. Undoubtedly, it has served to hit the table and claim alternative popular spaces to the repetitive commercial music that reigns in our monothematic Fiestas. Those of Alzira have already lent themselves to help: "Whenever Dénia wants, we are willing to come".