Victory of the juniors Preferred in Swedish (58-61)

The Dianense group of the Preferred Junior category prevailed in their visit to the Swedish CB court by 58 to 61. 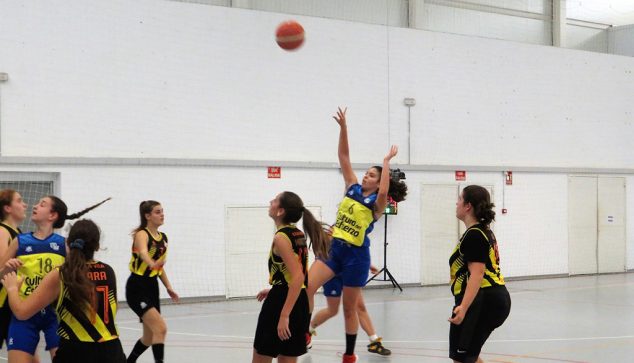 They started playing at their best level during the first five minutes but did not have the prize of distancing themselves on the scoreboard. From there they lowered their level in defense and began to make bad decisions in attack. This allowed the locals to have a maximum advantage of nine points before the break.

The Dianense reaction came in the second part, entering a phase of alternation in the scoreboard in which a clear winner of the match was not guessed.

The best final of the team of the Marina Alta, made them enter with advantage at the last minute and, not without difficulty, they managed to defend that small income to be imposed by 58 to 61, in a clash that must be useful to force them to improve their concentration and Be more consistent in matches.

The junior women's team returned from Tavernes de la Valldigna with a minimum defeat, 55 to 53. The clash was very close, with some dianenses who felt quite uncomfortable, especially when attacking the opposite ring. Vallera defense took them out of the game especially in the first two quarters.

The opportunity to break the game for the dianenses came in the third period when they got a rent of nine points.

The load of personal faults and the good work of the premises took the resolution of the shock to their last measures and there the fortune was on the side of the Valencians that were made with a tight victory.