Tremendous victory for Dianense youth against Elche B (8-6)

Great victory was achieved by the youth of CFS Dianense-Mena that defeated Elche B, by 8 to 6, in a thrilling match that was played in the municipal pavilion of Pedreguer. 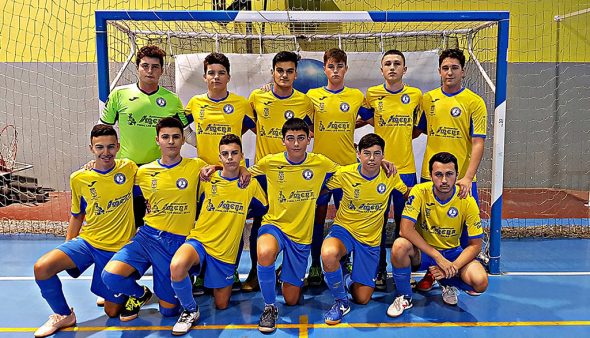 The team led by José Luis Mengual added his third consecutive victory that boosted him to fifth place in the standings. In this match, both formations forgot to defend and only thought of scoring one goal more than the rival.

Little joy lasted for the Dianense bench since in the minute 12 Malagon put the emotion on the scoreboard by shortening the distances with the 3 to 2. Two minutes before arriving at the break, a successful Boumenhdi scored the 4 to 2, marker with which the break was reached.

In the resumption, the ilicitanos left very involved in the game and, in just 3 minutes, they scored 3 goals that left a score of 4 to 5. When they looked behind on the scoreboard, Mengual's put on their overalls. In the 27 minute, Rosado made the tie to 5 and shortly thereafter marked the 6 to 5.

Nothing was decided, especially when in the absence of 3 minutes to go the ilicitano Karim returned the equality on the scoreboard. The dianenses threw the rest and in an apotheosic end, and after the expulsion of the visitor Karim, the 7 arrived at 6 scored by Boumehdi, and the final 8 to 6 marked by Ots.

A victory that morally suits these kids who are already preparing their next commitment, which will be against a tough opponent such as Calpe Futsal.