End point to the 2019-20 football season for regional teams

The Valencian Community Football Federation made the final decision about the official suspension of the competition in the regional categories of soccer, women's soccer and futsal. 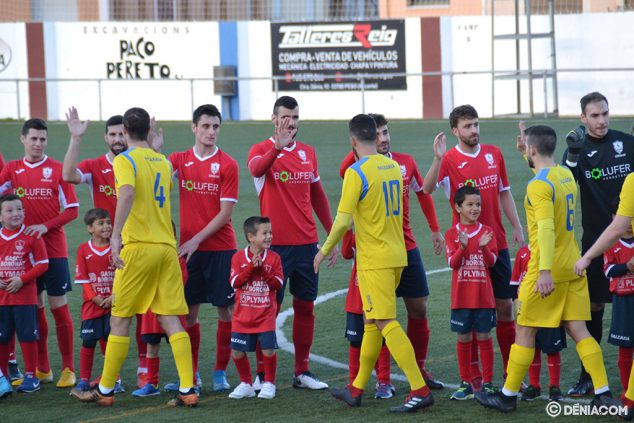 Greetings between Pego and Dénia players

Last week, the Royal Spanish Football Federation ruled that there will be a playoff in the Third Division to move up to 2nd B, as it was known since yesterday that there will also be a playoff to move from Preferred to Third. This play off still does not have a date or stage to play, which is sure that all three will be classified from the four groups of Preferred. They will be played in an express format and as long as the competent health authority allows it and health protocols are followed in order to carry out sports.

Qualified to play the promotion to Third Division

In group 1, those classified are Benicarló, Burriana and Castellón B. In group 2 they are Bunyol, Torrent and San Marcelono. In group 3, Castellonense, Muro and Tavernes and in group 4, Villajoyosa, Alicante and Rayo Ibense.

As for the promotions to Preferred, the champions of all the 1st Regional groups go up: Villa Onda, Patacona, Unión Benetuser, Alboraya, Alberic Promesas, CF Gandía, Calp and Santa Pola.

This means that the whole of the Calp joins the Xàbia, Dénia, Pego and Pedreguer to play in Preferente next season. It remains to be seen if the regional teams will all be in the same group or the Calp may be paired in the fourth group as it has happened in other seasons.

The decision that there is no relegation has come in handy for teams like Benissa and Ondarense that will remain in the First Regional. The same happens with the juvenile of the CD Dénia National League that does not descend from category.

The Mar Dénia continues in 2nd B

In futsal, it was already known that Mar Dénia was still in the Second Division B and now he is awaiting the Paidos - Fernández Luna plumbing, team that must play play off for promotion to Division of Honor. The dianenses will face each other against teams like Santa Ana de València, Corbera and L'Alcora. Two of these four teams ascend.

Now we need to know when the Ministry of Health lifts the closure of sports facilities so that teams can begin training to prepare for the playoffs in each of the categories.