Neus Ramos finalist of the Master of the Alicante Tennis Circuit

Neus Ramos, Player racing school Dénia Tennis Club, was a finalist in the absolute category of the Master of the Alicante Circuit that was played at the Club Tiro de Pichón in Elche. 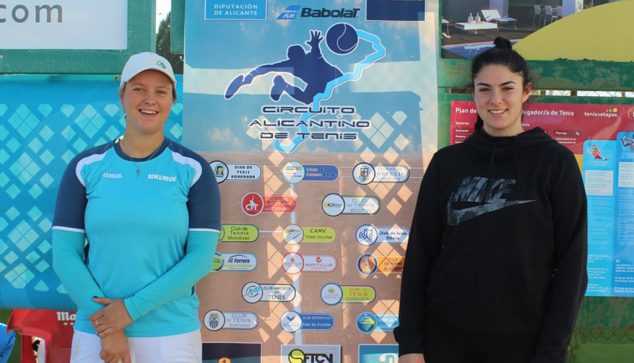 Only the four best players of the Circuit accessed the Master. Neus faced Jimena Ramírez in the first round, which he won by 6 / 3 and 6 / 4. It was a very competitive game where the Dianense added the most important points.

In the great final he returned to play at a good level, especially in the first round, where he escaped for a very short time by falling for 5 / 7. In the second, the level of play of his opponent, Sonia Keranen, raised some integers and this allowed him to add the win more comfortably by 2 / 6.