The groups, except PP, support the "recovery" of Calle Mayor and Plaza Oeste for pedestrians

During the extraordinary plenary held this morning, the a priori controversial vote was taken project that will eliminate 54 parking spaces in the center of Dénia in favor of the recovery of these spaces for pedestrians. However, it has been approved with the support of all political groups except for Popular Dénia, which have voted against. 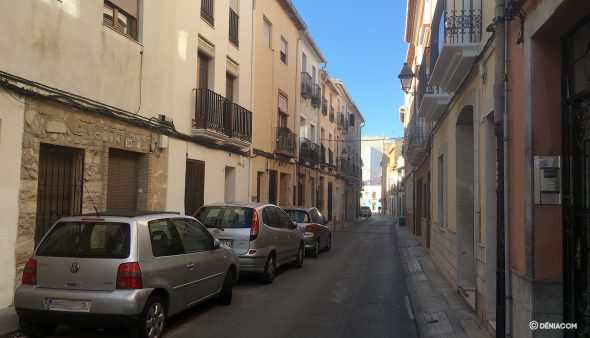 The project consists in the restructuring of the Mayor and Pare Pere streets, as well as the Valgamedios squares (commonly known as the West Square) and Tenor Cortis to prioritize their use among pedestrians. "The vehicles occupy a large part of the public space, both when they are moving and when they are parked, and what it is about is rebalancing", commented the Councilor for Urban Territory and Quality, Maria Josep Ripoll.

The mayor says that during the last century in Dénia the focus was placed on vehicles when making urban policies, expelling pedestrians. Now, the government seeks with this measure a rebalancing between cars and people, "recovering two places and making a considerable improvement of the main street from a point of view of universal accessibility and road safety".

The main objective, as Ripoll has intervened, is to create more pleasant spaces that invite walking. "If we walk in the city we get four great benefits: to strengthen and create a social network, to gain health and quality of life, to improve street safety, and to promote the urban economy, that is, to promote small neighborhood commerce", has concluded the councilwoman.

Favorable reception among the rest of the groups except the Popular

After presenting the measure, only the group of Compromís He has intervened to show his support by stating that "All these projects that are aimed at making the streets for people instead of vehicles will have the support of training". Also the rest of the parties have opted for this restructuring in the voting, except, as already stated during a press conference of his own, from the PP group.

Carrió lashes out at the 9 d'October agenda: "What do you think of nightlife and partygoers about these 5 days of the festival?"
09 October 2020
1 Comment