The municipal field of Xàbia He lived a good atmosphere last Sunday, despite the rainy morning and some chose to stay home. The expected derby between CD Jávea and CD Dénia had little football and was
mutual respect on the part of the two formations that know each other very well.

On the way out, CD Dénia beat the home team in terms of position in the field. The players led by Esteban were better placed and knew how to counteract the little football that the rojiblanco team exhibited. A local team that looked for the back of the Dianense defense to arrive with some danger on the area defended by Pedro.

In a corner, Ferrán Monzó, on the second post, put his foot to house the ball inside the goal defended by Edu. The dianenses, in the 14 minutes of play, had been better than their rival and reflected in the result. Despite going behind on the scoreboard, the team led by Roberto Granero did not change his way of playing. 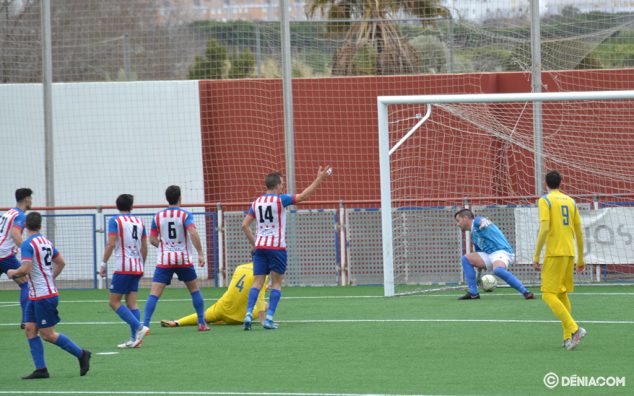 The visitors, comfortable on the game box, saw how little by little, their opponent opted for the direct game. The plays in the center of the field were barely chewed and the second plays were searched with long balls. In one of them, the ball fell to Alvaro, the Benissero fired a low shot that beat Pedro.

It was a quarter of an hour of the first part, the locals, although they stepped on the accelerator, could not bear fruit from their greater domain. The second visitor announcement came with a dry shot of Coke, who crashed into the local goal post. Little else gave of itself a first half, where CD Dénia had the wind in favor, but where mutual respect was the highlight.

In the second half, the first to move token was Granero, who sought with two changes to give greater depth to his team. Renzo and Roberto entered, and the play went very well, since in the 62nd minute, the visiting goal, Pedro gave a ball to Santafé when he was with his back to the edge of the area. 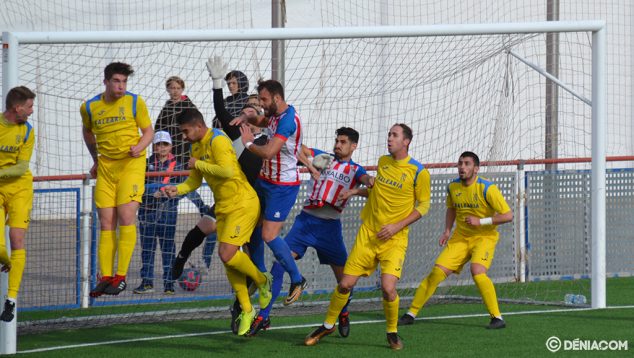 Roberto pressed, stole the ball, and with a sublime petroleum jelly he defined well by accommodating the ball in the dianense frame.

With the 2 to 1 on the scoreboard, the Dianense coach looked revulsion on his bench gave Roberto Navarro entrance, but the locals offered a great trade. From that moment they went on to control the game, stopped the dianense rhythm with fouls and Barn's hand was noticed when reading what was left of game time.

With a CD Dénia overturned over the local area, several very clear cons came from the locals, but in one, Ferrán erred in a pass to a partner when he had it easy. In others it was Guerrero who also failed to define and finally, Renzo also had the 3 to 1 in his boots but also did not define against Pedro.

At the end of the clash, victory for CD Jávea who took advantage of the defensive gifts granted by an opponent who lacked greater forcefulness in defense and especially arguments in attack to raise a score against.

Highlight that there was total sportsmanship on the pitch and in the stands where there was a wide representation of Dianenses fans. The worst was the show that they offered each other, since the game was quite poor as far as game is concerned.