CET councilors clarify his alleged expulsion from the party

Antonio Losada and Alexander Rodenkirchen, Canviem councilors Between Tots in the City of Dénia, clarified his alleged expulsion from the party by the general secretary of this instrumental party of Podemos, created to attend the municipal elections of the past 2015.

It all started with the arrival last March 31, a document signed by Ricardo Zamorano Cano, secretary general of CET, led to the city of Dénia in requesting the consistory councilors "Stop acting on behalf of the municipal group without prejudice to your right to move to the mixed group" because both "they have been expelled from the party because of their conduct and political actions". The letter continues that "Consequently, they may not be part of the political group in which he was as councilor elected by Canviem between tots, nor receive any subsidy, money, donation or financing that could correspond to the councilors". 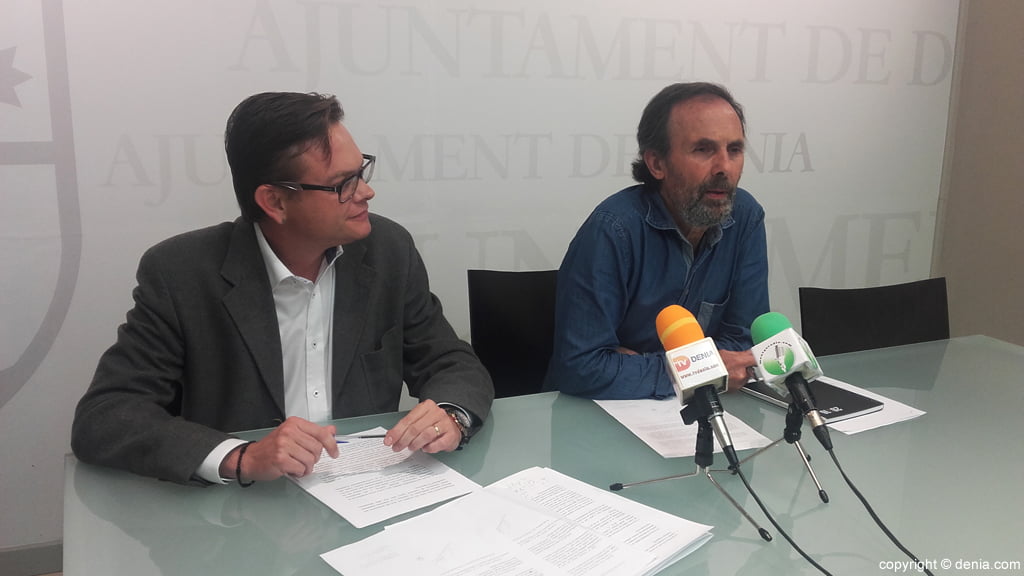 Note that the document is addressed to the Secretary of the City of Dénia, the main reason CET councilors have not been given the hint. Rodenkirchen explained, the legal channel states first expulsion must be communicated to stakeholders directly, so they doubt the authenticity of the document, dubbed as "garbage" and a "mocks intelligence".

Also, Rodenkirchen refers to the forms used by the signer in the brief, which includes spelling mistakes in the name of the party (written as "Camviem between tots" up to five times), as well as in the second last name of Antonio Losada, who It appears as "Andre" (it's Andreu). Finally, CET councilors are surprised that the author of the document, a lawyer by profession, speaks of "Mixed Group" when it ceased to exist years ago, when it would have to refer to "Group of Councilors not attached."

But not only the way lets the mayors of CET in Dénia much to be desired. Also the background, as Cano does not justify the reasons for the alleged expulsion from the party and other special emphasis on both defendants should stop receiving the money due to them for hold that office at City Hall.

It is precisely this reason that makes them think that behind this action hides an economic motivation, since it is at this time when they must begin repayments to the council of money invested in the campaign by the state. In the case of Dénia, members and supporters invested about 1.500 euros. If this is the case of the issuance of the document CET councilors take legal action against Cano because they say they are not willing to enter their blackmail.

Both Losada and Rodenkirchen were very calm before this supposed expulsion, and they affirmed that in the City council they are conscious of the process and they have not taken measures. The councilors of CET consider that this document "has no significance" because it has not only been presented in Dénia, but also in other municipalities of the Community where there are elected councilors such as Vall de Laguar or Godella.