The great surprise of the Christmas day of the Acydma indoor football league came with the defeat of P Stilos Ráfol at the hands of Rte La Fontana by 2 to 3. It was an atypical match where the locals did not live up to what is their usual game 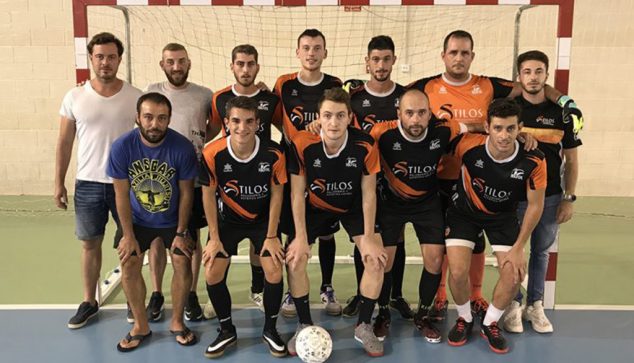 A day that Nautica Pérez was able to take advantage of, despite having a rest, since he sees how, without playing, he manages to stay ahead of the classification. The margin is now scarce since the Bar Colom team with its victory against Bodega Xaló by 4 to 0 gets into second place at one point from the leader.

Another of the teams that took advantage of the day was the H Nou Romà beating the always complicated formation of Els Poblets by 4 to 1. Colista Zenner was another of the teams that almost gave the surprise to fall by 4 to 6 before Futsal Pedreguer. A victory that leaves the pedregueros in the middle zone of the classification.

In one of the duels between teams from the bottom, the Paidos knew how to take advantage of his best shot to defeat FS Benitatxell by 2 to 1. While the whole of Las Olas Bar was surprised by Bodega Aguilar, who beat him by 0 to 1, bringing the winemakers behind the teams that occupy the first five places.

Ondara's team, Casa Llobell, had a comfortable game beating Baleària by 5 to 1, just like Ademar had won Pescamar by 3 to 1.

After having played the last day of the year 2019 the emotion continues to preside over the competition, as it leads Nautica Perez with 30 points ahead of Bar Colóm, with 29, H Nour Romà, with 28, P Sitlos and Casa Llobell Ondara, which both they have 27. In the low zone they are, Paidos with 5 points, FS Benitatxell with 4, Baleària with 3 and Zenner closes with 0 points.

The ranking of top producer is headed by Jorge Luis Camacho, of Bar Colom, with 23 goals, followed by John Perry with 17, of P Stilos Ràfol. The most scoring team so far is Bar Colom with 58 goals, while the set that receives the least is Náutica Pérez with 14 goals.

The competition will resume next Saturday, January 11.