From February 23 to 25, the university extension course "Makers and New Technologies" took place at UNED Dénia. 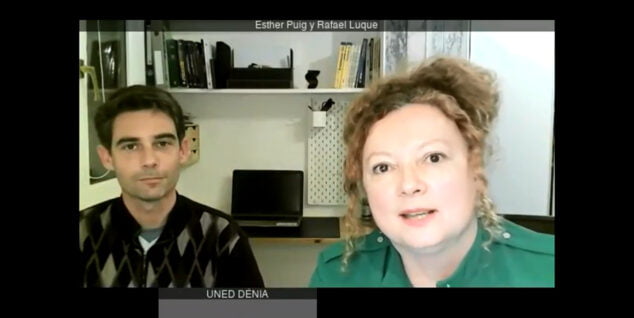 Great success of participation in the Makers and New Technologies course

The course had a great success of participation, due to its innovative nature, and its objective was to bring the students closer to the "maker" cultural movement to know how their implications have been and are in society as well as to introduce them to some of its basic tools. .

The workshop took place online, with the students also having the possibility to view and study the content later in a delayed manner. This activity is related to objectives 9 and 12 of the United Nations Development Goals.

In these first two conferences the concept of origin maker was addressed, its evolution and current situation, it was seen how the maker philosophy is permeating the new models of education and finally it was about the origin of free code also called Open Source. Rafael Luque shared his testimony and personal experience in the Makers group during the COVID 19 pandemic and highlighted the importance of free code. Esther Puig highlighted the need in society to have a group of people who are at the service of the community and who are able to react quickly, as happened with makers in the pandemic.

On Wednesday, the speakers continued with the talks “Introduction to 3D printers. Basic Robotics "and" Uses and applications of 3D printers. Operation of domestic 3D printers ”On this second day Rafael Luque explained the tools that a maker could use, among which is the 3D printer, giving practical examples of its operation. Esther Puig highlighted the multiple uses of the 3D printer such as health, science, gastronomy, among others.

On Thursday, the last day of the course, the conference "Introduction to 3D Design" and the activity "Printing practices" took place. During this afternoon Rafael Luque showed the ease with which, anyone who does not have previous knowledge in 3D design, can make a simple piece, designing a piece himself in real time, from his computer, through a design web page free.

36.808
4.282
11.239
2.150
We use cookies necessary for navigation and traffic analysis. We do not use cookies that provide us with personal data or advertising cookies.
More optionsACCEPT
Manage consents