Day 13, the first of the year 2020, left us the triumph of the Colom Bar over the P Stilos Ràfol by 6 to 1. A result too broad with respect to the quality of both templates. The dianenses came out with great intensity to the game and achieved a victory that morally has been very good for them. This triumph of the Bar Colom squeezes the head of the classification. 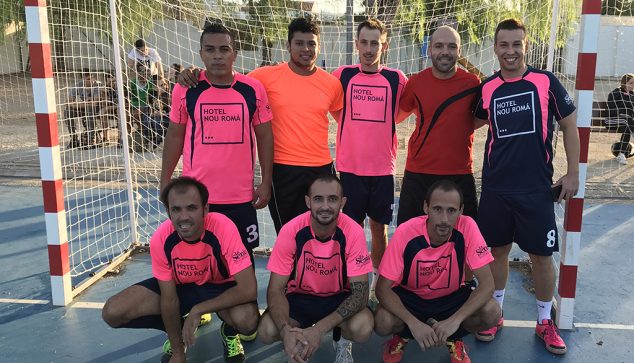 To this defeat of P Stilos Ràfol was joined by the one achieved by Náutica Pérez, a consolidated leader in the category, who left samples of his power beating La Fontana by 0 to 6. A triumph that came very well to the nautical ones who have seen strengthened his moral in the face of the next days.

The third classified, H Nou Romá, remains hooked at the top of the classification. This week he beat Ademar by 5 to 1. The hoteliers, who have the entire league crouched in third place, are only two points behind the lead.

The stumbling block of the Ràfol team has moved him to the fourth place matched with the fifth, the Llobell Ondara House. Both teams are 6 points behind the leadership so it seems that it will be difficult to fight for the title. The Llobell Ondara House lost on this day against the Bodega Xalò by 3 to 2 with the consequent slowdown that this defeat has meant.

For the rest, normal results were produced, such as the Pedreguer Futsal triumph over Baleària by 5 to 3, in a clash that kept his interest until the end. While Bar Las Olas beat FS Benitatxell 3-1. The only draw of the day occurred in the clash between Bodegas Aguilar and Pescamar (2-2). The day was incomplete since the clash between Paidos and Zenner.

In the ranking of maximum filmmakers, the leader is the player Jorge Camacho of the Bar Colom team that has scored 24 goals. The second place is occupied by the player John Perry, of P Stilos Ráfol, who has 18. The third place is for Igor Díaz, of H Nou Romá, with 15 goals.

As for the classification of the most scorer team, it is headed by the whole of Bar Colom with 64 goals. The team that has received the least goals is Náutica Pérez who has conceded 14.

"The track that Dénia deserves" is presented for the first time after finishing the installation
August 07st, 2020

About thirty future CA Baleària Diànium athletes participate in the campus away from the track
August 07st, 2020

Important marks those achieved by the athletes of the CA Baleària Diànium in Castellón
August 05st, 2020

Bronze medal for Eduardo Reyes in the National Optimist with the team of the Valencian National Team
August 04st, 2020

The best cosmetic product firms are in Doré