The emergency helicopter will stay in Manises

The Government delegate in the Valencian Community, Juan Carlos Fulgencio, has contacted the Mayor of Dénia, Vicent Grimalt, to confirm that, finally, the current conditions of the service of the Maritime Salvage helicopter based in the city of Manises, and which covers, among other areas, the coast of Dénia and the Marina Alta, will not be modified. 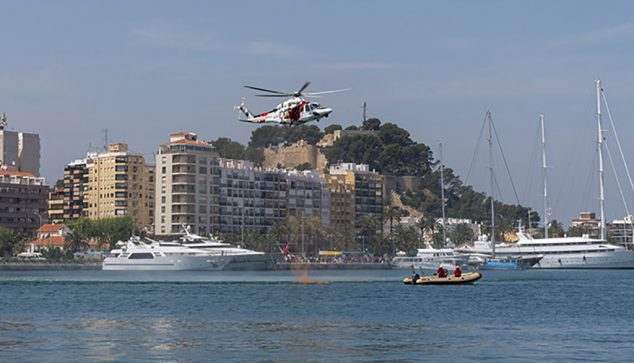 The Helimer during a drill

The Ministry of Development will not modify the type of service. The planned change meant an increase in the response time from 15 to 45 minutes and the announcement of these forecasts led to the mobilization of fishermen's associations and other groups affected by the measure.

A motion was approved from the City Council of Dénia requesting that the service not be modified and meetings have been held with the agents involved to coordinate a joint defense response to the current operation.