On matchday 19 of group III of Preferente, the match to be played tomorrow will be played tomorrow on the municipal soccer field of Xàbia, at 12 o'clock, between the rojiblanco team and Dénia. This regional derby will be refereed by the Alicante collegiate Gómez Gracia. 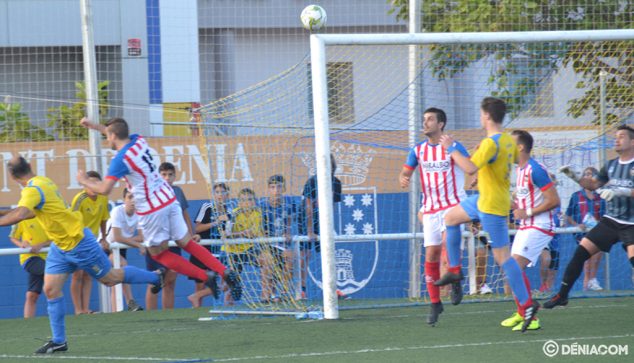 The dianenses know that the favorites for this match are the locals, although they will put all their effort into giving the bell in their visit to Xàbia. The clash is vital for the locals since they are obliged to start subtracting points with respect to the teams that precede it in the classification. The bet this season of the 80th anniversary of Jávea is none other than to attempt the assault on the Third Division. That caused before the start of the first round the dismissal of the technician for not having fulfilled the expectation that the board had.

In the dianenses ranks it has been a normal week where the bad game shown by the team against Llosa was analyzed. The conclusion that coach Esteban drew with his players is clear: you have to do things well and not be in a hurry to get the ball to the opposite area. Dénia has a midfield who knows how to touch the ball and is what he should do.

Before the game that has to play against Javea, the desire to please all players is maximum. They respect that the favorite are the rojiblancos although the combined groguet makes it clear that they will not give anything away. They will try to put the complicated things to their rival and try to take advantage of the pressure with which the locals will play.

As for casualties, in the local ranks it does not seem that there will be too many changes with respect to those who played in Pego, although Granero recovers for this clash to Aldo, once his sanction is fulfilled. In Dénia there are no casualties although some player has been training under cotton as is the case of Vicente. The only novelty is that on Thursday the card of the central Lucas León, from the Gorgos, was diluted, being the new addition of the Dianense team.