The expedition CD Dénia It is clear that his objective in his visit to Canals is to win, in order to consolidate himself in the quiet area of ​​the classification. Try to reach the end of the first part of the league the further from the relegation places. 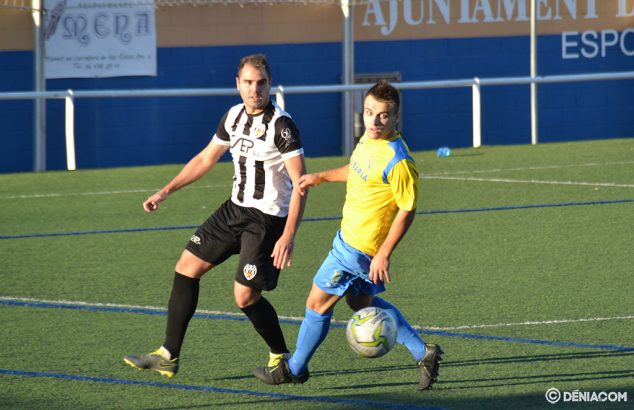 Jaume marked by a rival defender

Dénia, who has managed to link two consecutive wins, travels to Canals, to play, this Saturday at 17 hours, against the local team. A clash that referee referee Moreno Escriva.

The displacement, for the men that Esteban directs, is very complicated since they measure themselves to an opponent who initially had made a great squad to fight to be in promotion promotion positions. His first lap is being quite irregular and that makes him arrive in more delayed positions than expected by them.

The week in the dianenses ranks has passed with total normality, the players finished with some blows on Sunday from which they have been recovering without problems, so everything indicates that Esteban will have everyone available to face this important game.

On the other hand, in Canals things have not been so peaceful, since, during the week, it was known that two of their starting players left the institution, Vicente Campos and Gisbert, both for work reasons, which leaves the coach, Juanjo Chafer, with two fewer troops to use. Both Campos and Gisbert were players that Chafer used to use in each game within the starting eleven.