The team of Veterans + 40 A of Dénia Tennis Club, that militates in 1ª Division, fell before the maximum favorite, the Spanish Club of Tennis. The Dianense team was about to surprise the favorites, but finally it could not be, falling for a tight 2 to 3. 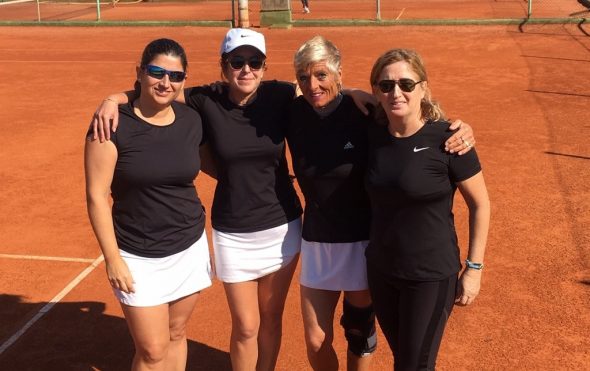 Maria Attard lost by 5 / 7 and 3 / 6 against Elena LaCruz, in a tight game. Heike could not against Cristina Paterna, falling for 2 / 6 and 2 / 6 and Elsa Bordehore got the first point for the team, after a tough game against Susana Berenguer, beating her for 7 / 5 and 6 / 4. In the doubles, Heike Schrader and Cristina Romany won Cristina Paterna and Núria Camara, by 6 / 2 and 6 / 2 and Maria Attard and Elsa could not against the tough couple formed by Mamen García and Luisa Andrés falling for 1 / 6 and 1 / 6.

The girls will fight for the permanence, next week, against the Tennis Club Benissa A.

For its part, the team Veteranas + 40 B, who plays in 2ª Division, won in their first league match against Club Tenis.Altea by 4 to 1. 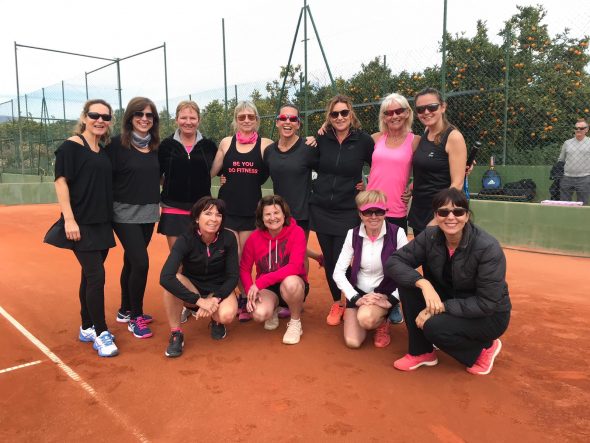 In the doubles, Toya Alemany and Amelie Dierckx dropped by 3 / 6 and 7 / 5 against Moira Smith and Pilar Martínez, while Inma Martí and Nuria Peiro got the fourth point for the team after winning by 6 / 3 and 6 / 3. Margod Veltman and Elizabeth Vervaet.