Dénia participates in the UNESCO World Forum on food

Dénia, as the UNESCO Creative City of Gastronomy, attended the World Forum Culture and Food: Innovative strategies for sustainable development, held in Parma (Italy), on 12 and 13 on September. The forum was organized by UNESCO in collaboration with the Government of the Italian Republic, with the support of the Emilia Romagna Region and the city of Parma, which is UNESCO's Creative City of Gastronomy from 2015. 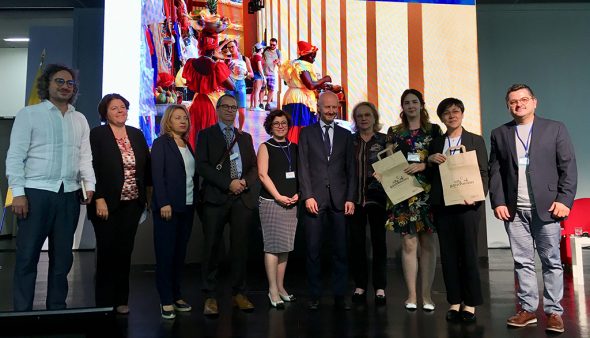 Some 15 global experts discussed fundamental aspects for the future of humanity such as the protection of cultural heritage, the economic development of rural areas, food sovereignty, the role of farmers in the protection of biodiversity and the fight against food waste . More than 200 international assistants gathered at the event, among which were representatives of international organizations (FAO, EU ...), political decision makers and research centers and academics. 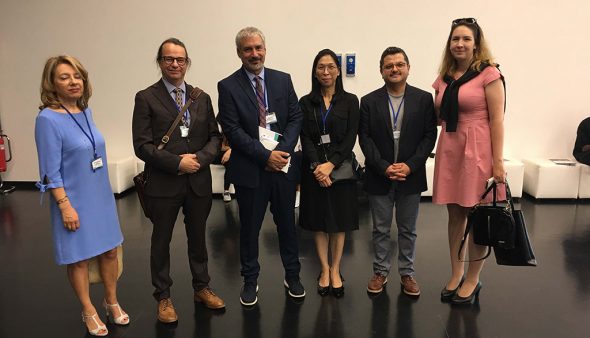 Noting the importance of eating well and at the same time protecting the planet, Forum speakers discussed how, in the last century, food systems have undergone a significant transformation with technological advances, the massive use of fossil fuels, trends in Migration and increasing urbanization. Food production accounts for a large part of global greenhouse gas emissions, while we waste a third of the food we produce, equivalent to 1.300 million tons. The expansion of agricultural land is also the most important factor behind deforestation. 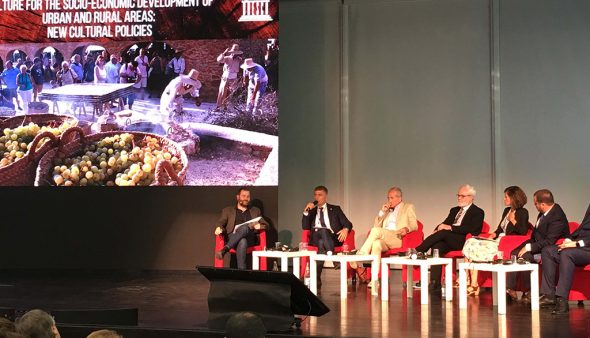 These trends threaten biodiversity, which is declining at an unprecedented rate. Experts recalled the effects of climate change, which entails new risks to food security, particularly for the more than 2.000 millions of people who currently do not have regular access to safe and nutritious food in sufficient quantities.

Creativity through gastronomy is also part of the solution, as highlighted by the representatives of the Creative Cities of Gastronomy of UNESCO. On behalf of Dénia, the director of the Office of Innovation and Creativity, Floren Terrades, attended.

Each of these cities has adopted innovative and locally adapted strategies and projects. Likewise, UNESCO's intangible cultural heritage elements, world heritage sites, biosphere reserves and geological parks serve as experimental laboratories for scientific research, innovation and practice that show the intrinsic and interdependent links between the cultural heritage, communities and the environment. 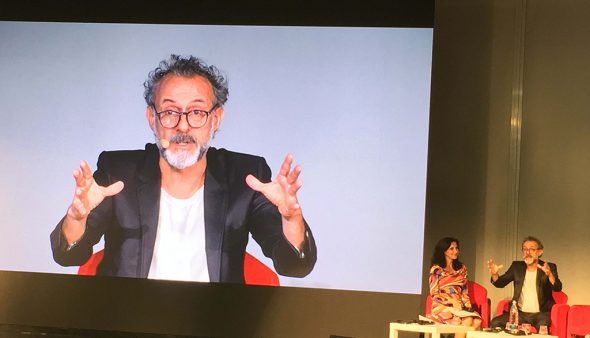 Italian chef Massimo Bottura, founder of the non-profit organization Food for Soul, launched a vibrant call to action highlighting the social responsibility of chefs in raising awareness about sustainable and informed consumption decision making, dietary support healthy and the fight against food waste. "Cooking is a call to action", Dijo.

The Forum concluded with the adoption of the Parma Declaration, which reaffirms the need to strengthen the links between culture and food to preserve biodiversity rooted in identity and cultural heritage, improve food production and consumption, support healthy nutrition and drive a transformative change.

The XVII Tapas Route arrives in Dénia: everything you have to know about the new edition
28 October 2020