The Tenth Section of the Provincial Court of Alicante has sentenced to two and a half years in prison for a crime of arson due to serious negligence with danger to life, for which it contemplates the extenuating confession, a man who originated a fire that affected to several urbanizations and vehicles in Dénia. The prisoner must compensate with different amounts of money, up to 19.000 euros, to several of those affected. 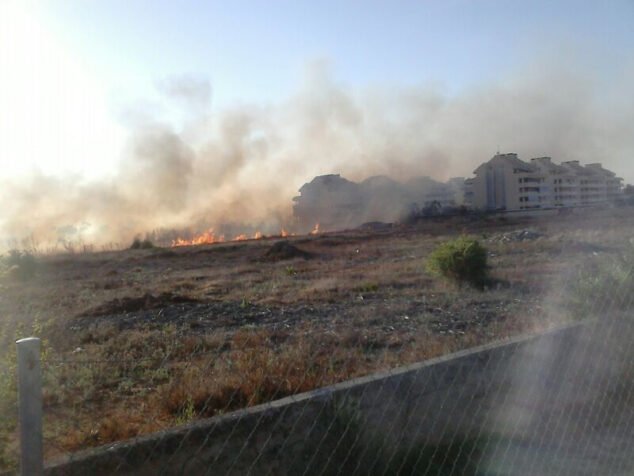 The events took place around eight o'clock in the afternoon on July 5, 2014 in a rural area located between the roads of Dénia where the condemned person had been living for several months in a tent that he had planted after cleaning the brush from part of the land. According to the sentence, the man lit a bonfire to heat food with "disregard for the elementary standards of care and prudence", since it did not take into account the proximity to the inhabited urbanizations, about 500 meters, or the weather conditions that were of 28,7 degrees of temperature, with gusts of wind of 36 kilometers per hour and a relative humidity of 33%. The wind quickly spread the fire, which reached nearby urbanizations, where it was necessary to evacuate residents and cut streets.

The fire burned the tourism of an individual and a Quad of the Local Police of Dénia, which the agents had placed in a street to cut off circulation to areas affected by the fire. In addition, the flames caused damage to common elements and houses in two urbanizations and in the gardens of one house. The resolution states that, from the first moment, the convicted person acknowledged to the Local Police that he had been the cause of the fire.