Compromís calls for the creation of an Animal Welfare Board

The councilman and spokesperson for Compromís in the city Hall, Rafa Carrió, has presented a motion for the creation of an Animal Welfare Board that is composed of experts in the field of health, Local Police, associations and protectors, veterinarians, hunter society, or any other in relation to animal welfare, as well as aldermen relevant, representatives of municipal political groups and neighborhood associations. 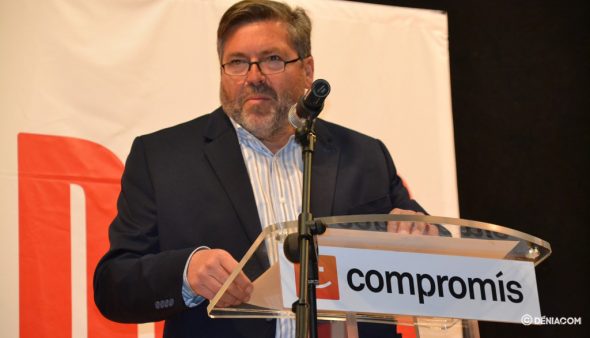 Rafa Carrió in an act of Commitment

The objective of this proposal would be to achieve a greater degree of protection and welfare of animals, as well as guarantee citizen and social participation in matters related to animal welfare, ensuring greater communication and coordination. The functions of the body would be aimed at informing everything related to municipal licenses and activities with animals, farms, adoption houses, defense and protection associations and inspections that correspond to authorized veterinarians.

Even so, it would serve for the joint and coordinated elaboration between the agents of the tender documents before tenders, as is the case of the one that is currently in process; the creation of regulations, and pooling of proposals for ordinances and others regarding the life of complaints or needs that citizens demand; and to agree on specific policies in situations such as urban cat colonies, species protection or establishment of public spaces for domestic animals. In addition, it could establish or update protocols in the collection of abandoned animals and the reporting of animal abuse, and would assist in advising projects related to citizen awareness and awareness, in a cross-cutting manner along with other municipal initiatives, as well as to encourage volunteering.

As Rafa Carrió explained, "From Compromís we believe that this summer has been demonstrated during the controversy of the bidding of the animal collection service, that increased sensitivity towards the welfare of animals by civil society and political groups", Whereby “It is the moment that the City Council makes a determined commitment to address the issue, making a serious review of the resources that are being allocated, as well as giving more voice to social agents related to animal welfare, in processes such as the writing of technical specifications, protocols, ordinances and campaigns ”.