This coming Sunday, July 24, the XLIII Orysol International Tournament "Ciudad de Dénia" will begin and will end on Sunday, July 31. On Sunday the preliminary will be held with a table of 64 players and from Tuesday the first matches of the final tables of singles and doubles will be played.

The semifinal matches of the individual draw and the doubles final are scheduled for Saturday, July 30, and the individual final for Sunday, July 31, although times are yet to be confirmed.

Still pending the closing of the accepted list, a great tournament is outlined with, once again, a high level of tennis. At the moment among the many national and international registered players, we have the 21-year-old Dominican, Nick Hardt, tournament favorite, who will defend the title won last year. In addition, young Spaniards such as Carlos López Montagud, Miguel Damas, Alvaro López, Jose Fco. Vidal and the 17-year-old promise Daniel Mérida, who is currently the 2nd best U18 in the world in the ATP ranking, are also on the list. 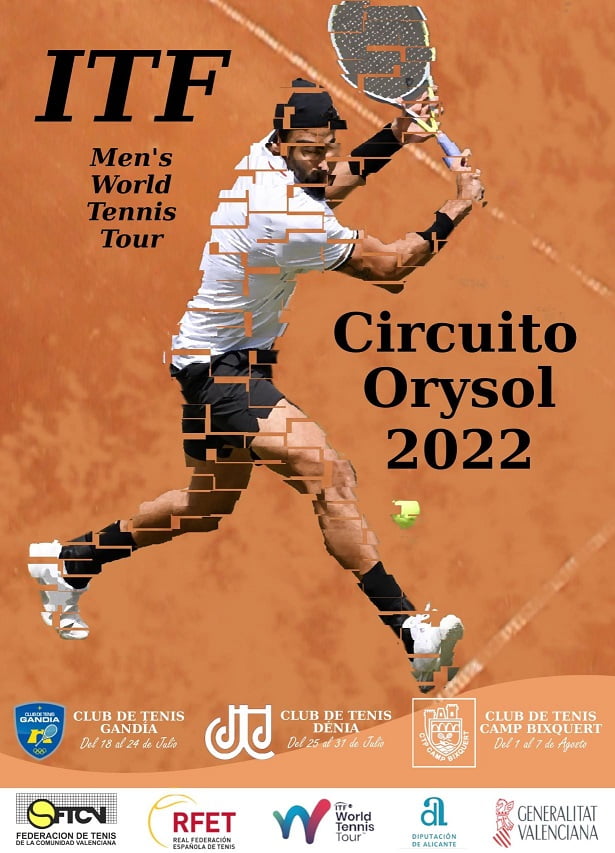 The Orysol Circuit is held in the following clubs: Club de Tenis Gandia, Club de Tenis Dénia and Camp Bixquert Tennis Club and has been held for 42 years, being a pioneer in Spain and one of the oldest in Europe. This year marks the 43rd edition, being for the organizing Clubs a very important fact given the effort made to carry out these tournaments year after year.

It is an international tournament scoring for the world tennis ranking, and it serves as a catapult for the young promises of world tennis to get their first ATP points, essential to be able to participate in the big world tournaments.

During all these forty-two years we have been able to see great players such as Rafa Nadal, Juan Carlos Ferrero, David Ferrer, Andy Murray, Roberto Bautista, Nicolás Almagro, Pablo Carreño pass through our courts. , and more recently Bernabé Zapata (81 ATP) and Jaume Munar (63 ATP) who have been called up in the last Davis Cup qualifiers to represent Spain. It should be noted that in the 41st edition, in 2019, the champion was Carlos Alcaraz, who currently ranks No. 6 in the world ranking.

Until 2016, the prize money was $10.000, increasing from 2017 to $25.000, which represents an increase in the level of the participants, which gives the Tournament an even greater appeal to the competition.

Finally, we must highlight the large public attending throughout the competition, which have filled the stands of the clubs, giving an unbeatable atmosphere, added to its quality.

This success has ensured that the ORYSOL CIUDAD DE DENIA TOURNAMENT has shown that in its 42 years of celebration, only interrupted in 2020 by COVID-19, it continues to be the main launching catapult for the young promises of Valencian and Spanish tennis, that they can get their first ATP points, without having to make long trips and investments.

Félix will say goodbye to the pilot in Dénia next month, where he will receive a tribute
November 10th 2022
Leave a comment

37.861
4.432
12.913
2.450
We use cookies necessary for navigation and traffic analysis. We do not use cookies that provide us with personal data or advertising cookies.
More optionsACCEPT
Manage consents