The Fair returns to Dénia, with a silent day for people with ASD and 5.000 free tickets

After the stoppage forced by the pandemic during 2020, the Fira de Tots Sants returns to Dénia. The merriment, the lights and the music (although not always) will return on October 22 and will stay with us until November 7. 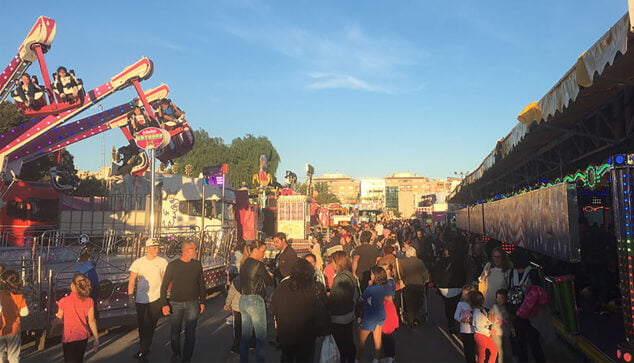 Day in Dénia of fair without noise of 2019

Since 2019, Dénia did not see the fair, except for the summer, a season in which the restrictions are much more permissive. However, the Dianenses fair, the Fira de Tots Sants, was canceled in 2020 due to the health crisis.

This year he returns from November 22 and will stay, in the Torrecremada esplanade, for just over two weeks. This was announced during the plenary session yesterday, Thursday, in which the councilor Javier Scotto announced the initiative Cap xiquet i xiqueta sense fair, distributing 5.300 tickets among schoolchildren in educational centers so that they regain their illusion and can enjoy at least one trip on an attraction.

In the same way, they will repeat the successful and highly applauded day adapted for children with autism spectrum disorder (ASD). During the day, as it was already lived in 2019, the fair will be silent, dispensing with music, speakers and the usual noises that would be too stimulating for people with ASD, thus allowing them to enjoy the Fira de Tots Sants as well.

The event of the Moors and Christians of Dénia is settled with a resignation and the FEMMICC announces possible measures
August 22st, 2022
Leave a comment