Victory of CFS Dianense Rte. Mena in his visit to Canada (8-9)

El CFS Dianense Rte. Senior Mena won 8-9 on her visit to Canada. José Candel's team took the lead a few seconds after the start of the game with a goal from Granados. 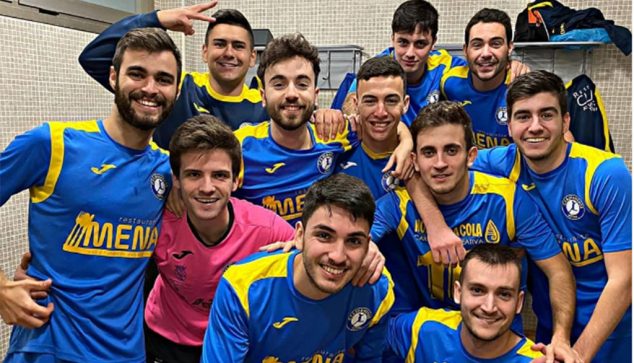 Everything indicated that the dianenses would take the game without difficulties, but the locals were putting them in trouble and even turned the scoreboard before the break.

In the resumption, the blavets players came back with goals from Parra and the youth Bili, but it took the locals a short time to re-draw the match. A good few minutes from the Dianenses allowed 3-6 to be placed on the scoreboard, with so many Alberto, Ochoa and Bili again.

Despite this income, those from Canada did not lower their arms and managed to match the match. With the game totally open, the Dianenses made it their own and achieved another three goals with good collective plays. Pedro twice and Alberto seemed to sentence the encounter with the 6-9.

At the last minute, the locals achieved the seventh double penalty and the eighth after a goal in Pedro's own goal. In the end, the final score of 8 was reached to 9, adding the team of the Marina Alta three important points to continue fighting to be in the upper middle of the table.

This Saturday, the CFS Dianense receives one of the best teams in the category: Elche CF Sala. The match will be played at 16:XNUMX p.m. in the Joan Fuster pavilion.