As every year, for several years now, the Cuatre Cantons area becomes the party center for New Year's Eve, with a celebration where music and the best atmosphere reigned. 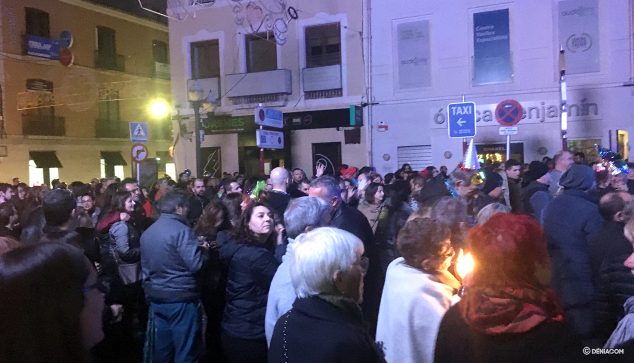 From after 23 hours, and until its end around 04:00, approximately 400 people gathered at the beginning of Marqués de Campo, in front of Glorieta, where the City Council installed a stage to celebrate the entrance to the new year. Some even took the traditional grapes on site, many others later came to enjoy the live performance of the People Band Orchestra, who performed hits from recent years and even offered a nod to the area performing well-known songs by groups of the Marina Alta and neighboring regions. 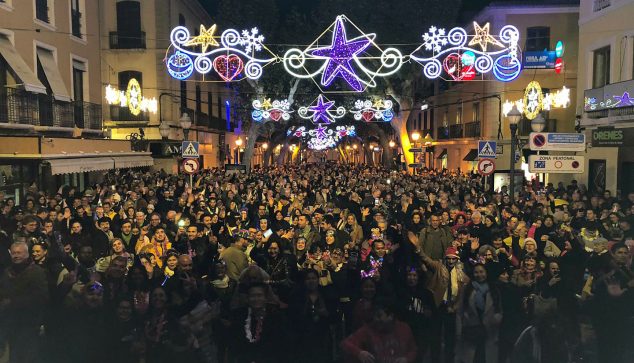 Despite some technical failure, such as a power outage that the band suffered in the middle of the performance, and some discussion in the place and adjoining streets, there was no major incident, so it was possible to welcome the new year with total normality.

Quintos de Dénia: "We did not expect a cancellation of the festivities themselves, but they would be postponed to another date"
April 25 2020

Interview with Óscar Mengual: «From now on there are 3 months left this year. We leave the door open »
April 24 2020

All the solutions for your home, your garden or your business are in Coloma 2 Ferreteros
more promotions Browse Contests
The weather in Dénia
Dénia
26 May 2020