Rebuilt after the Civil War, like the church and the convent, the wooden altarpiece of the Church of the Convento de las Agustinas is one of the great architectural values ​​of this monument in the center of the city.

Although at first glance its conservation status can be good, it has been detected the attack of xylophagous insects such as termite and woodworm that generate small holes in the entire surface of the altarpiece, holes that the insect makes when leaving the wood and that in In many cases, it presents a kind of whitish fine sawdust, indicating that the attack is active today. 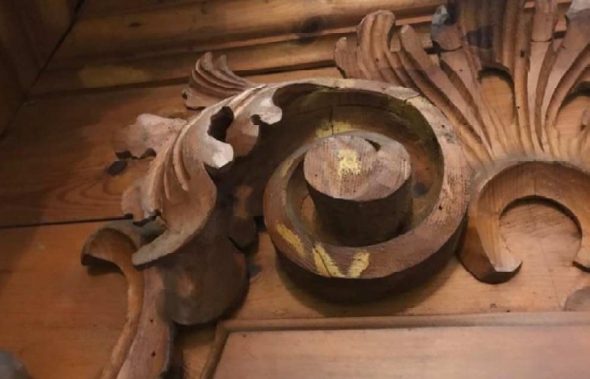 Looking closely at the altarpiece, you can also see a lot of patches of putty throughout the piece, which in addition to attract attention for its volume, stands out for the difference in color with the original.

But the deficiencies of the piece do not remain there. Structurally speaking, cracks have been detected in the Solomonic columns, also partially covered by putty. In addition, the wood is turned off due to dirt and lack of nutrition.

For all this, from the Brotherhood of the Blessed Blood of Dénia has been promoted a charity dinner with the objective of raising funds to restore this valuable piece. It will be the June 30, at the Real Club Náutico de Dénia. In addition to the donations of 20 euros for attending the dinner, an 0 Row has been enabled for those who can not attend. Tickets can be obtained in the parishes of La Asunción, San Antonio and San Miguel and in the Convento de las Agustinas. 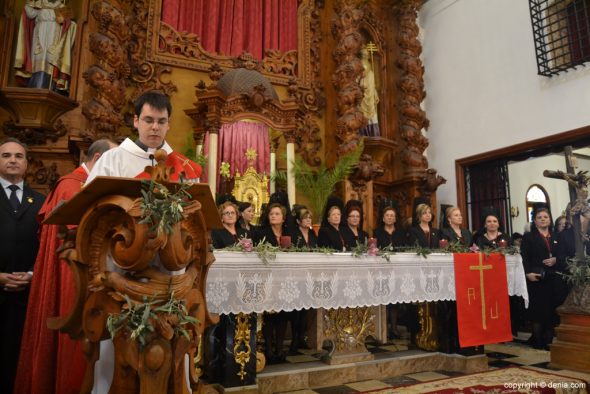 The Galleon Andalusia will dock in Dénia, a floating museum of 49 meters in length
18 of February 2020