Sergio Benito, candidate of Citizens to the mayor of Dénia, announced after knowing the election results in Dénia his resignation from the act of councilor.

Benito appeared before the media once the vote count was completed, in which Ciudadanos has added 1.618 votes and two council members, a result very similar to that of four years ago but far from what they expected after the good results in the general elections and autonomic. 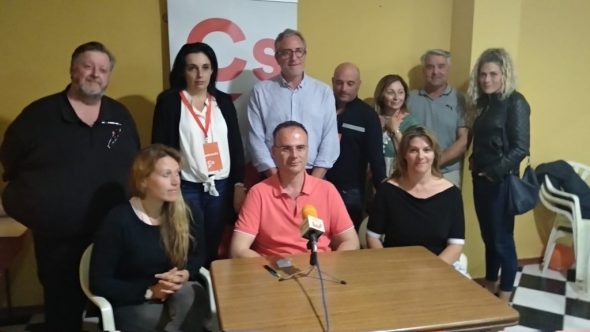 Sergio Benito renounces his councilor act but will remain as a member of the party, supporting his team, to whom he has thanked the work done during this time.

The orange training candidate claims to assume this responsibility on his shoulders, since he recognizes that "It makes no sense to say for four years that the policy of the PSOE was not correct and the result of that is its absolute majority, it means that we do not have the credibility of the voters".

Benito now gives way to a new team to "Start the Citizens project for the next four years from scratch"Sergio Benito has affirmed that the team supports him in this personal decision. Now he returns to his civil engineer job after four years in the opposition of the Dianense City Council.

After the resignation of Sergio Benito, they will assume the minutes of councilors Susana Mut and Estefanía Swamb.