The defendant is reissued, and now updated, Menjars de la Marina Alta, out of print for 15 years

The MACMA –Cultural Association of the Marina Alta– published in 2005 a pioneering work regarding the vindication of the cuisine of the Marina Alta. Compiled by Vicent Ortuño and Ginestar, the cookbook brought together the most characteristic dishes of the region and at the same time unified a whole gastronomic legacy based on the popular and traditional roots of the recipes. The work, which was distributed in the 33 municipalities of the Marina Alta, ran out shortly after it was published, for which the reissue of a highly sought after book and demanded by the residents of the region has been pending since then. 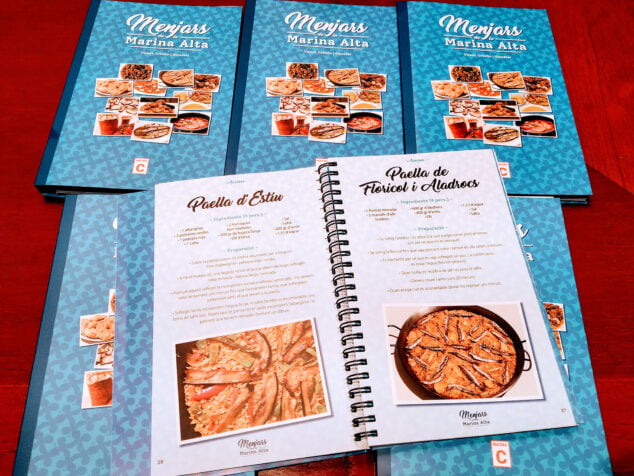 Fifteen years later Menjars of the Marina Alta it is reissued with a new design and content that update the original volume and expand the dissemination objectives of the first version. Among the novelties, the opening of the book with the esteemed gastronomic poem by Vicent Andrés Estellés, I like nothing so much, the inclusion of the original prologue, as well as a prologue of the current reissue, as well as new recipes that did not appear in the first edition and an update of the photographic collection. On the other hand, the section on sweets and desserts has been deleted since the aforementioned recipes were already included in the reissue of Rebosteria of Marina Alta, the previous MACMA cookbook with which the collection is completed.

Not in vain, the book format with rings and varnished paper is an added value to be able to cook these specialties with the book next to it, as Jovi Lozano Seser, manager of MACMA and coordinator of the reissue, underlines. The more than one hundred pages that complete the cookbook aim to bring these traditional dishes closer to the new generations and at the same time dignify the importance of our traditional cuisine and the ingredients that make it up.

Menjars of the Marina Alta It is already being distributed in the bookstores of the Marina Alta and the price of the book is € 10. It can also be purchased at the MACMA headquarters (c / Blasco Ibáñez, 50 - Ondara). For more information, contact MACMA.