Red Cross rescuers Dénia resume the search, supported by the air of the Maritime Rescue helicopter, of a man who was last seen on the 12: 30 on Tuesday in the waters of Els Molins beach. 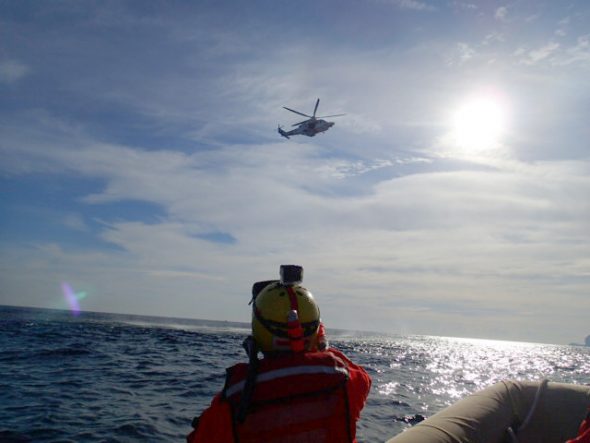 The relatives gave the warning to the point of surveillance of the beach yesterday when losing the track of the disappeared one and to verify that it was not in his house either. In addition, he jumped the alarm to discover that all his belongings were still on the shore of the beach, where he allegedly left them while he made the swim tour of each day.

After a day of searching by land, sea and air between the beaches Els Molins, La Almadrava and Bovetes, today they have begun work again to find the man from early on, again supported by the rescue Helimer, as well as with patrols by land and with two jet skis in the sea.

From the Red Cross inform that it is a male of 70 years, which wears a swimsuit with blue, white and red stripes, and has an orange signal buoy.