Jaime Portolés, President of the Real Club Náutico Dénia, met this week with Mr. Juan Antonio Sesé Avellá, President of the AMPA of the Professional Conservatory of Music 'Tenor Cortis' of Dénia, to sign the new annual collaboration agreement between both entities. 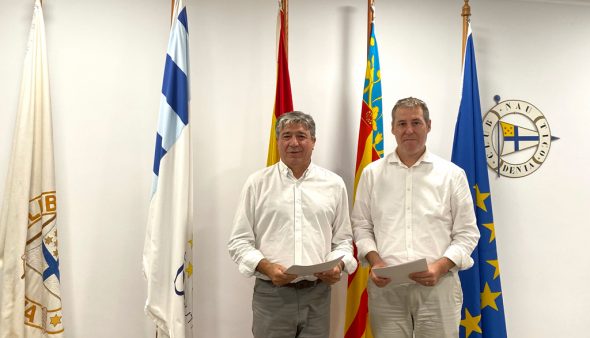 This agreement is made due to the lack in Dénia of places where music students can perform as musicians interpreting for the public everything they learn in their classes. Because of this, the Real Club Náutico Dénia collaborates with them one more year, giving up its Assembly Hall so that they can perform auditions.

The Conservatory, for its part, undertakes to hold a commemorative concert for the members of the Yacht Club and shows its willingness to collaborate in events organized by the Club, as long as these are compatible with the activity of the Conservatory and the teaching activities of its students.

Jaime Portolés has been enthusiastic about the renewal one more year, of this agreement that has been taking place for more than 10 years ago. The RCND adds another collaboration to the total number of actions carried out on a daily basis for social, cultural and sporting events in Dénia.