The municipal groups of Gent de Dénia and PSPV-PSOE of the City Council of Dénia have reached an agreement to jointly present to the next Plenary, the one corresponding to the month of October that will be held on Thursday 29, two motions. The two groups want to manifest “The satisfaction for the understanding we have had in addressing these actions. We think that this attitude is how the established objectives are achieved, which are none other than improving the lives of citizens ". 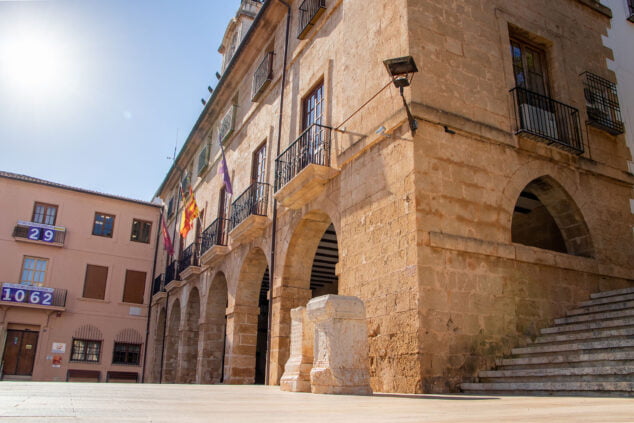 Facade of the Dianense town hall

The first consensual motion proposes to initiate the study and the necessary procedures for the drafting of a new municipal ordinance that regulates the substitution of economic sanctions for work for the benefit of the community. As highlighted in the text of the motion, "Despite the fact that the municipal ordinances provide in article 25 the voluntary substitution of economic sanctions for services to the community, there is no protocol or clear information on this possibility".

The negotiation between the two groups has expanded the possibility of commuting any administrative sanction for community work (that is, those typified in both the Ordinance on citizen coexistence and the Cleaning Ordinance).

The ultimate purpose of the measure "It is to make the offender aware of the negative effects for the community derived from the breach of their obligations and the damages caused". In addition, the writing points out, "This tool can be especially favorable for minors between 14 and 18 years old and people with limited economic resources".

The agreements that will be submitted to a vote also include providing the councils of Social Services and Education with resources to develop training plans and work areas necessary for the proper development of community work; and that a clear model is established for requesting commutation and violators are reported.

Finally, it is proposed to seek agreements with the different NGOs and non-profit entities with which the City Council collaborates so that people who provide community services can also participate in the socio-educational programs of the associations.

The second joint motion calls for the drafting of a Universal Accessibility Plan that analyzes, first, the level of accessibility of the city, and then defines the actions to improve it.
As one of the actions that the plan will have to include, the text contains the elaboration of an institutional web map or mobile application that groups together all the information on architectural barriers and accessible routes, with the aim of facilitating traffic through the city to people with mobility restrictions.

As a third agreement, the Dénia City Council undertakes to allocate an economic item, in the 2021 budgets, to the preparation of the diagnosis and the implementation of the first actions of the plan.

The initial text of the motion, presented in the first instance by the municipal group of Gent de Dénia, has been completed with the amendments of the socialist group as the two formations are convinced that the proposed proposals are shared by the current government, since "One of the objectives of this corporate mandate" It is precisely the implementation of a Universal Accessibility Plan and, "At present, the Department of Territory is already working on the drafting of the technical assistance contracting specifications".