Very serious situation that we continue living in Dénia with the absence of planning; the same environmental phase for two general plans on the table: the consensus of 2015 forgotten by the current local government, and one of 2017 that we say is more sustainable, but that by not respecting the urban reality of the last thirty years, breaks with all the principles of a minimum legal security that avoids very high patrimonial responsibilities. 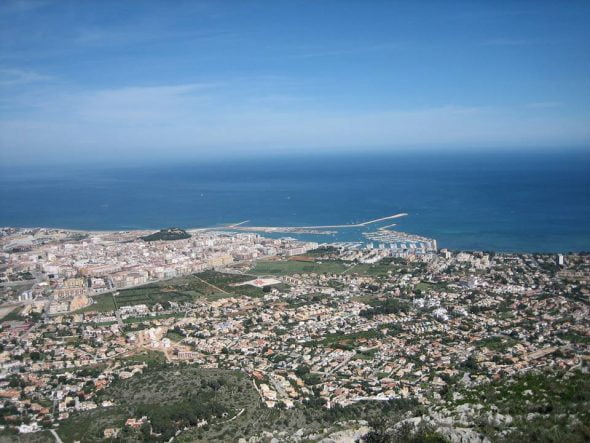 The Conselleria continues delaying the approval of a NUTU that would make the municipal proposal unviable, which is conceptually opposed and contrary to the most basic criteria of economic prudence, and which the City is now staging with its last full approval of the modifications of the plan structural, relapsing again into two capital sins: that of the renunciation of participation by not convoking the Consell d'Urbanisme, and that of the obvious drift towards a procedural obscurantism that shies away from the much-vaunted transparency, and that in this case, reflects in the absence of cartography that makes these modifications understandable.

Again, the City Council conceals the plans, but launches news such as the increase in the surface of the Bosc de Diana, going through the magic of seven to fourteen hectares of green area, without finishing identifying the location of said land. Undoubtedly, a nuclear bomb that would overload the already fragile citizen's economy with enough tens of millions of euros. But who will press that red button ?, the City Council with its lack of definition, or the lazy Generalitat? Maybe this is the reason for the continued delay of the autonomous NUTU, the ruinous state of the structure, all this is the result of an irresponsible policy that does not find technical signatories with which to materialize the electoral objectives.

The Ministry has agreed to approve the NUTU before the 20 in December, so it is likely that it will rush the deadlines until Friday 14 in which the Consell de la Generalitat meets. Maybe then you have already taken the decision of Diana Bosc, leave it as is, declassify it, or suspend it.

Meanwhile, the City Council uses urban planning as if it were the sponge where everything fits to do politics. Colorful ideas with which to mobilize votes and intentions, and if they have to give themselves away once again in the explicit recognition of renouncing the General Plan in this legislature, they do so, and they present us with a Strategic Plan for Sustainable Tourism that apparently , will go hand in hand with the Structural, although this will sacrifice any possibility of close approval.

Many things have been broken, also our patience. The extreme hardness of these words responds to the enormous damage that the Department of Urban Planning is doing to the territory, as well as economic activities and the whole of the citizenship. It is intolerable and offensive attitude. We feel deeply disappointed by the ninguneo social agents to reject our participatory workshops, not to convene the Consell d'Urbanisme, for denying us indispensable documentation for understanding the situation, for becoming direct witnesses of schizophrenic attitudes that have led to the shock between two public administrations, and that, although politically they say to work side by side, the truth is that in the territorial organization refers, there is nothing but bloody elbows at both a technical and legal level.