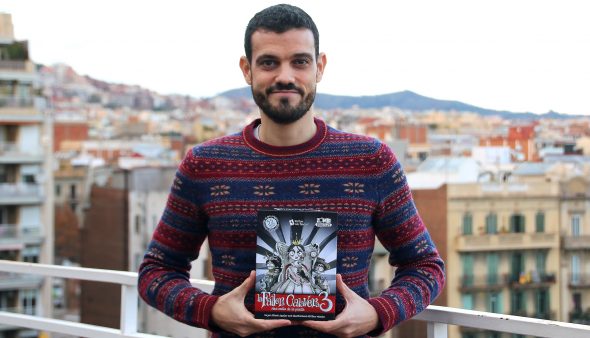 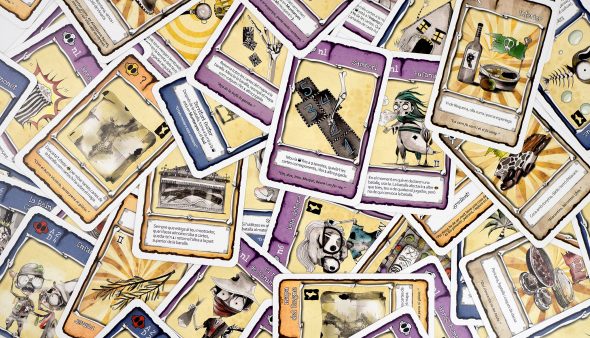 The result of all this: almost 100 game tournaments organized in 2019, 34.000 units sold from the basic game (the best-selling game in Valencian and one of the best-selling Spanish games), 12 editions of the novel, 6 editions of La Fallera Calavera 2, a flaw about the game in Benicarló ... 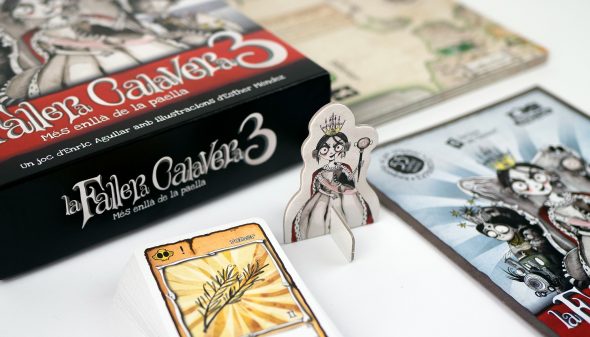 Finally, in 2017 Enric Aguilar abandons his work in the audiovisual sector and creates his own games publisher, Zombi Paella SLU, to dedicate yourself exclusively to the world of board games. After publishing in 2018, "Alakazum! Witches and Traditions", the publisher plans to continue releasing games by Enric Aguilar and also by other authors.

The board, the new mechanic of La Fallera Calavera

The board represents the map of the Kingdom of the Fallera Calavera (a version of the Valencian territory) on which players can move a pawn from the Fallera. The Kingdom is divided into 5 boxes, terrestrial calls. Depending on the terreta in which the dead woman is, she will order the typical foods of one or another area and activate special effects and bonuses of some cards. Will you want figatells and cokes from dacsa? Or maybe ask for vinaròs ximos and prawns? In addition, each move that players make will involve taking a card from the board. There will be more choice and less chance in this renewed version of the game. 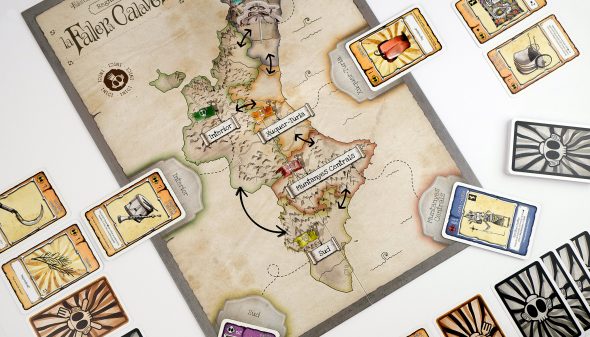 Among the novelties of this expansion, the 55 unpublished letters stand out. Characters from popular songs such as Amparito la filla del mestre, Ramonet or Xata merenguera are recovered, but in the afterlife version. Also a mythical train like the Panderola, the beloved figure of the Geperudeta or even popular expressions like "A fer la mà!" They have their own letter. 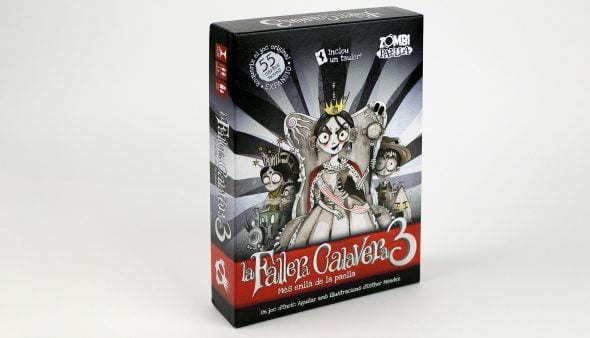 The box of La Fallera Calavera 3

The game can be purchased from today, December 9, in most establishments throughout the Valencian Community, being the only point of sale in Dénia public, as well as through the website of Zombie Paella