The three institutes open their doors to the animated cinema

Cinema, stop motion, 3D printing and digital electronics arrive at the three secondary education institutes of Dénia at the hands of the MOMO educational innovation project. The project is an idea of ​​El Caleidoscopio, start up of the Miguel Hernández University of Elche, and is supported by the Department of Education of the City Council of Dénia. Students will create a short motion animation short film course with the help of an 3D printer. 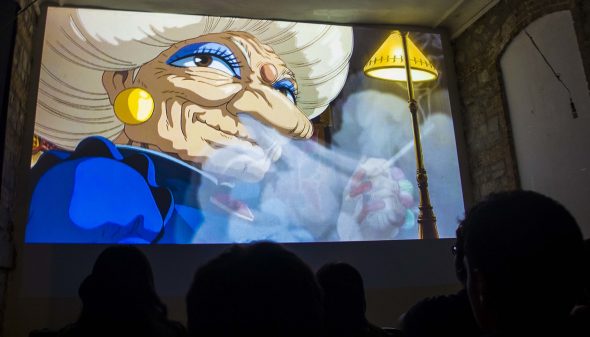 MOMO is a project that aims to unite the latest technology, such as 3D Printing, with cinema and culture. This course, the objective is that the secondary students of the dianenses institutes create an animated short film with the stop motion technique and with society, since the short films must have a social or environmental purpose.

Students who participate must learn 3D printing to obtain the pieces, which once assembled build the motion control machinery, which will be the one that supports and moves the camera that will record the short film. With the help of an arduino, a control system of analog and digital electronics, you will program precise movements to that machinery to be able to shoot the short. In addition, they must write the script and build the sets and characters of the short film.

MOMO is a cross-sectional and interdepartmental project in which teachers from different disciplines such as technology, plastic, image and sound, literature, language, among others, also participate. The project began in November with the training of teachers, who for several months will be trained in 3D printing, arduino programming and film techniques. Once formed, they will be the ones who train and guide the students in the development of the project in their respective centers.

The IES María Ibars is this training center for teachers who will develop the project in their respective centers. It not only welcomes the professors of the other two institutes of Dénia but also receives the teaching staff of CEIP Segària de El Verger and CEIP Santa María Magdalena of El Poble Nou de Benitatxell.

Presentation of works at the Miguel Hernández University

The proposal aims to go further and become a project that creates synergies between students. Therefore, in May, Miguel Hernández University will host the MOMO event where all participating centers will present their work.

Each center will have a stand where they will exhibit the film machine they have created, as well as the sets and characters. There will be an area of ​​oral presentations where the students will explain publicly the execution of their work and an area where the short films created by all of them will be screened.

In addition, on the same day, the event of the Air Fair of the province of Alicante and the event of your Work Program will also be held, two educational innovation projects that El Caleidoscopio is developing throughout the Valencian Community.

In this course both projects have the collaboration of the University of Valencia, the Miguel Hernández de Elche University, the CEFIRE, Teacher Training Service of the Department of Education of the Generalitat Valenciana and the Community of Madrid, CTIF, and A total of 70 city halls. In addition, the project also involves more than 1.500 Primary, ESO and Bachelor students and 90 educational centers in the provinces of Valencia and Alicante and the Community of Madrid.