After a few parties full of emotion, music and color, it's time to prepare for a new exercise. The rows of Moors and Christians of Dénia have already presented their first tro, while the captaincies have already revealed who will be their captains, flag bearers and ambassadors.

These are the people who will be leading the festivities during the 2022/2023 financial year:

This year, the festeros of the filà Deniers They have decided that the first trio will be Luís Martínez García. Luis has been part of this row since 2010, although his veins also run with blood from the Moorish side, since his father was one of the founders of this side. 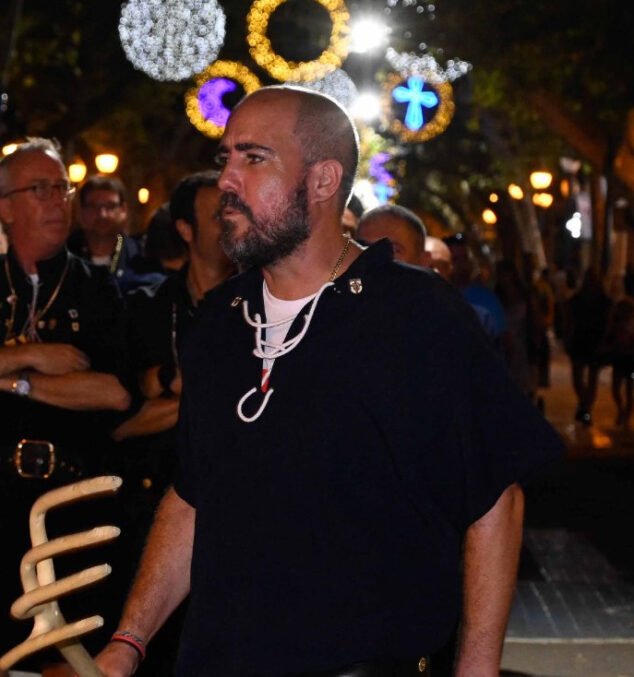 The first trio of the filà Deniers has confessed to being very happy, especially for sharing this experience with his close friend and captain, Pedro Carrió. 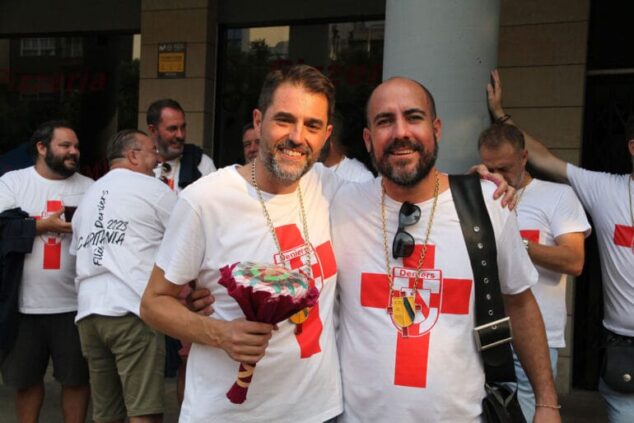 For his part, Pedro Carrió has stated that he is very proud to share this experience with one of his best friends, but also with his companion in life. His wife, Irene Margalejo Vives, will be the standard bearer of the Christian captaincy. José Vicente Ivars Giner will accompany them as the Christian ambassador.

The first trio of filà Marins Corsaris is Miguel Gavilà Llàcer. This festive has been very surprised with the news, since he did not expect it. Gavilà has been closely linked to the Moors and Christians festival in Dénia for the last 7 years.

Although the position of first trio was already expected, Andrés Ballester Mora has confessed that he faces this year with great enthusiasm. Ballester is part of the filà Guerrers Hospitalaris since 2015. 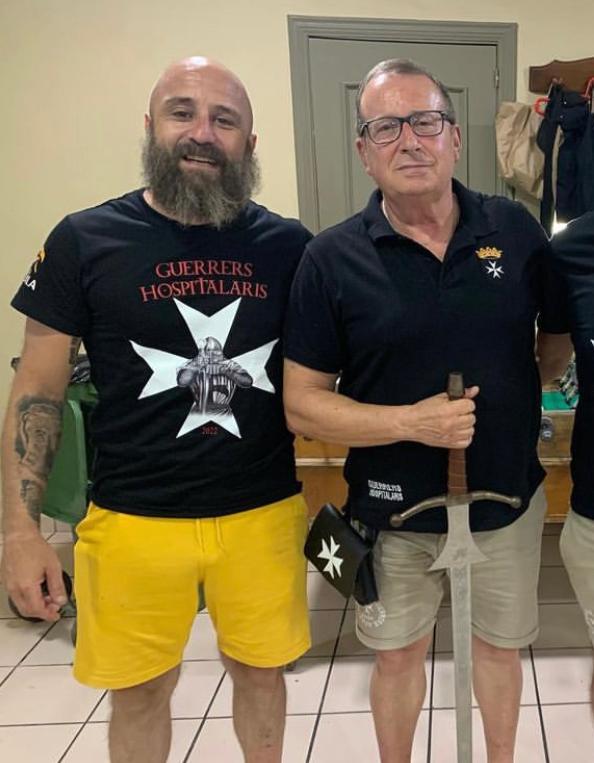 Guillermo Riera will be the first trio of the filà Cavallers of the Me'n Fot. He has only been at the party for 3 years and despite being one of the least experienced partygoers in the world of Moors and Christians, he faces this position with great enthusiasm. In addition, he has shown a great desire to carry his filà as a flag. 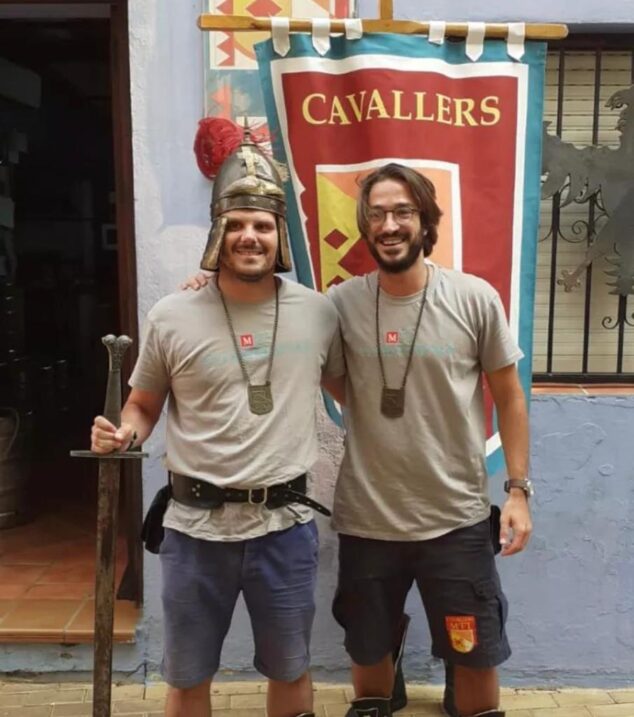 José Miguel Reig will hold the position of first trio of the filà Templaris from Denia. Like his companions, he has stated that he is proud to be the first trio in his row. Of course, for him it has not been a surprise, it has been rather an open secret. José Miguel Reig has been part of this row since 2017. 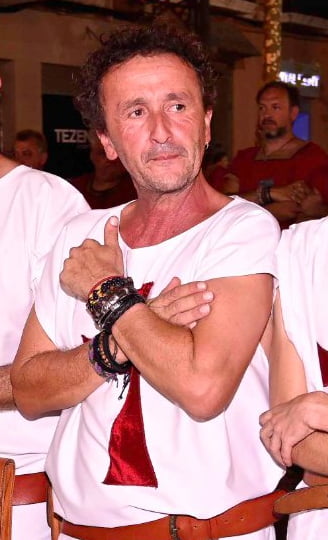 La filà Mozárabes will have Vicente Correcher Gómez for the first troupe, closely linked to the party since 2016. 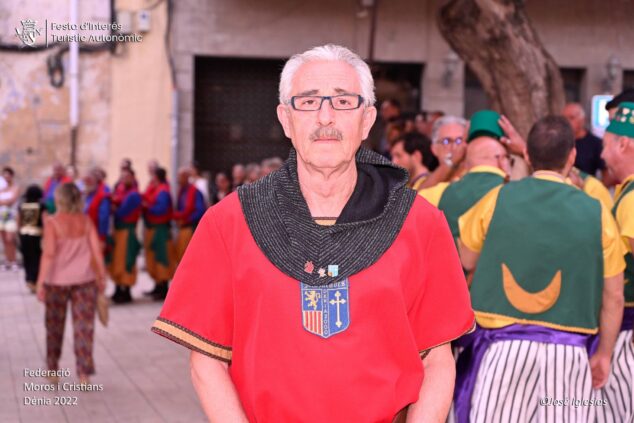 Katia González Más will be the new first trio of the filà Almogàvers. Closely linked to the Moors and Christians festival. In this case, Katia González herself has confessed to FEMMICC that she was one of the founders of this filà 25 years ago. She used to belong to a row of El Verger and when she was given the opportunity to create this row she did not think twice. Later, she took a leave of absence, until 7 years ago that she returned to be part of the party. Katia is facing this position with great enthusiasm and has promised that she will contribute many ideas to work on this year. 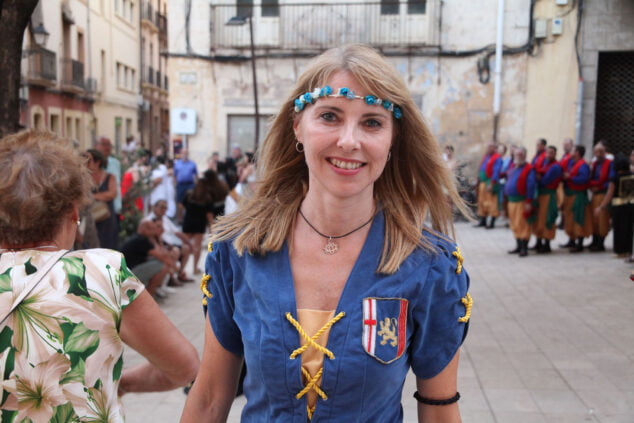 La filà Creuats I couldn't have another first trio. This is Miguel Pina Lozano, partygoer of the christian side practically from the beginning of its journey. This festive man has seen the row evolve and now he says “it is the best time to be the first trio after a scandalous captaincy”. 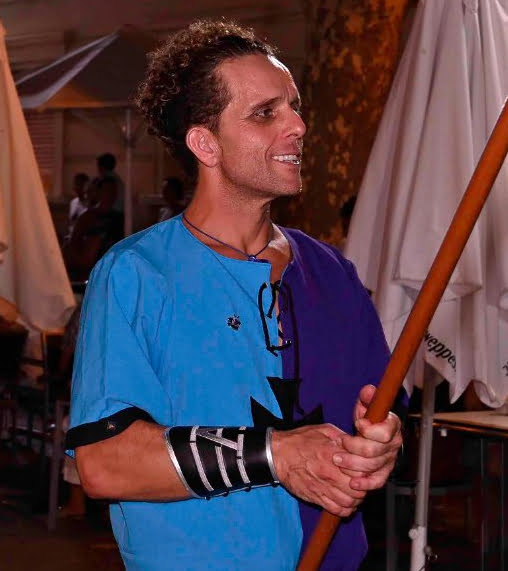 The captaincy of the Moorish side will have Manuel Aguado Vega as the first trio. Manuel has been part of this row since 2015 and has been very happy with the news. He has held different important positions within the logistics of the filà. The first trio of the 2022/2023 financial year of the filà Amiríes has confessed that he really wants to work for and for this filà in a year like this and has stressed that he will face this challenge with a lot of pressure, but also with a lot of enthusiasm. 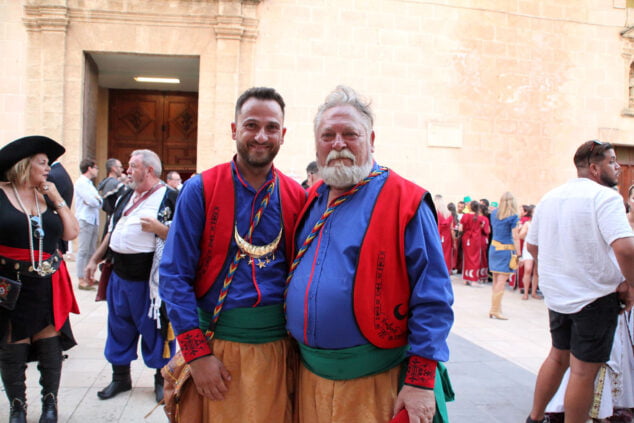 Pedro Juan González will be the captain. After the last exercise as the first trio, Pedro Juan hopes to be up to the task this year as captain of his rank. It is a pride for him to serve as captain this year and one of his objectives is to assume the position with responsibility. 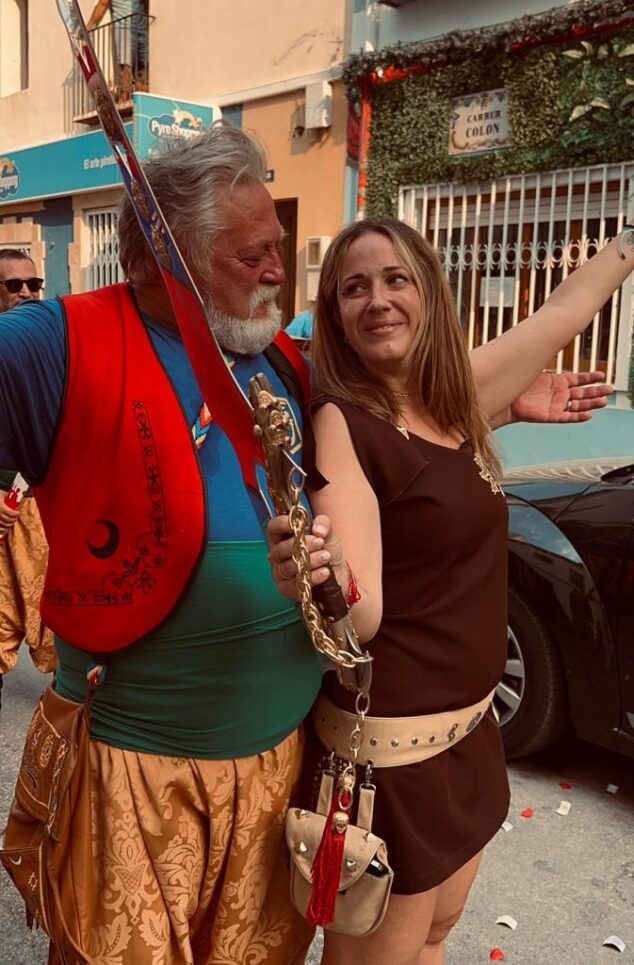 His daughter, Gema María González Pastor, will be the standard bearer this year. But, she will also be accompanied by her son-in-law José Domingo Crespo Lobato as ambassador. Gema María has been part of the filà Almogàvers since 2014 but this year she will leave her girls to accompany her father. For her, it is a pride to see her father fulfill her dream. 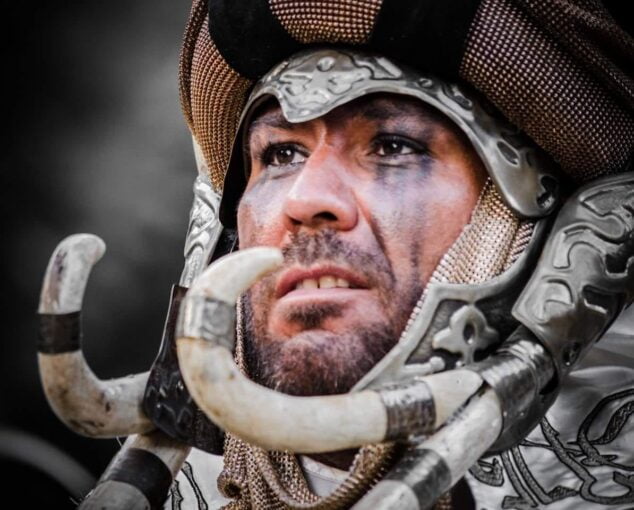 The first trio of filà AlkamarPatricia Ramón Aracil has been at the party for 9 years and this will be her first year with such an important position. Patricia has been very happy, since she has the support of her entire row. 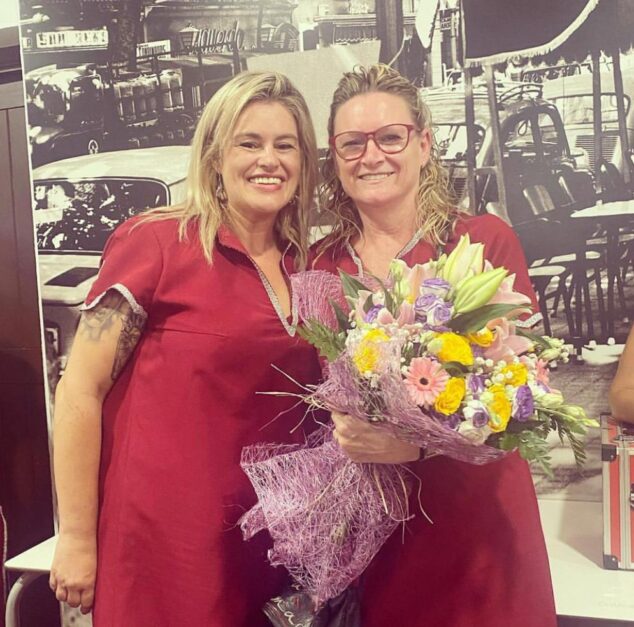 The filà Walíes will have Juan Luis De Vicente as the first trio in the 2022/2023 financial year. Juan Luis has been forming the party for 7 years and has held the role of treasurer. Although he recognizes that being a first trio takes a lot of work, he assumes it with responsibility and serenity. In addition, he has the support of all his partygoers. 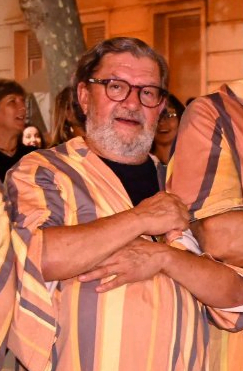 Alexia Mannee, first trio of the filà Amazigh, has been part of the Dénia Moors and Christians festival since 2017 and has shown its satisfaction with the decision of its festeras. 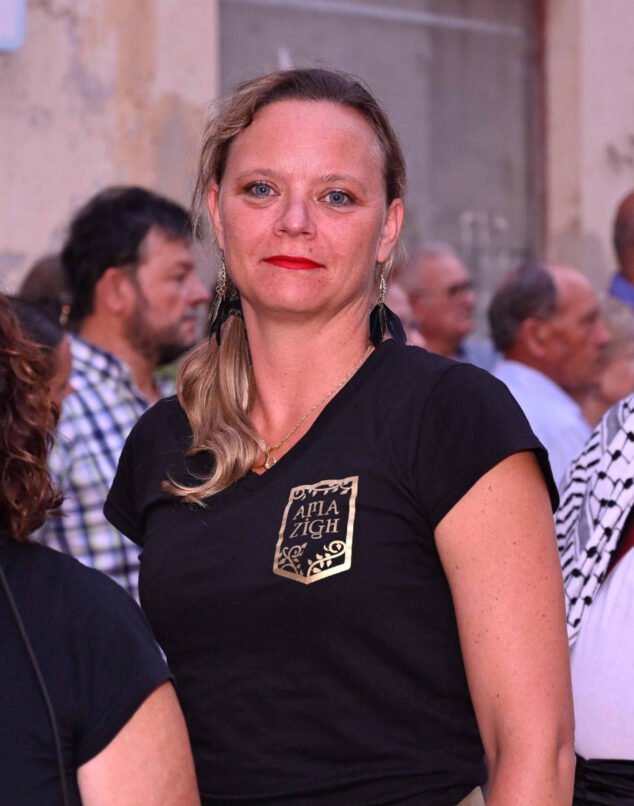 Jose Antonio Ribes Llabata will hold the position of first trio this year in the filà berebers-Tuaregs, of which it has been a part since 2018. Although it has always been linked to the Moors and Christians festival, both in Dénia and in other towns. In fact, he was one of the founders of the filà Templaris, along with Juan Quintana, Vicent Paris and Pedro Escortell, among others. 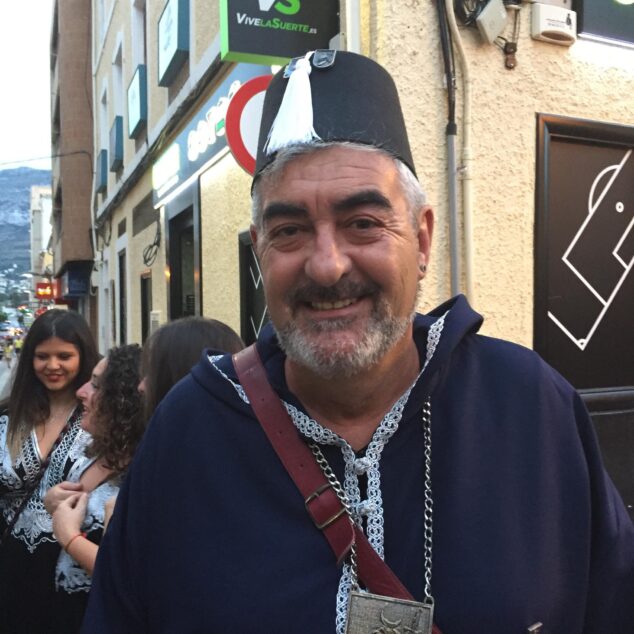 Jose Antonio faces this new challenge with great enthusiasm and enthusiasm for the party, but also with great responsibility and humility.

Marta Romero Verdugo will be the first trio of the filà Barbary Pirates. She has been part of this row for 9 years and has been deeply rooted in the party with positions within the board of directors itself, from member to secretary. 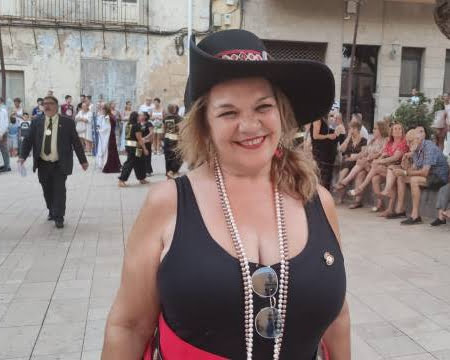 Alejandro Llopis Anguita will be the new first trio of the filà Abencerrages, of which he has been a part for 5 years. This year she will share the position with his brother, who is also part of the party and his filà. Alejandro has set himself the goals of enjoying the party together with his partygoers. 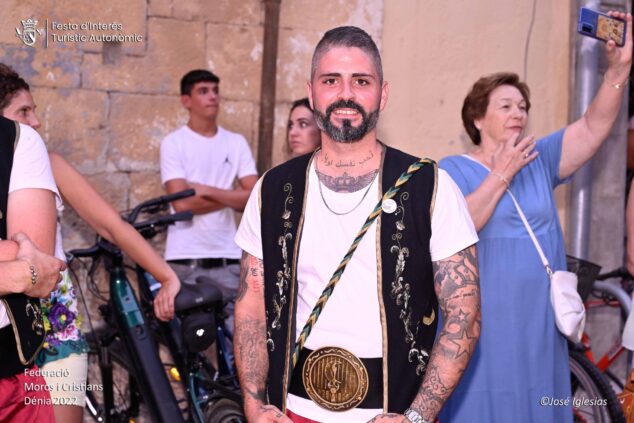 La filà Almorávides It has been the last to confirm what will be its first trio. This is Ximo Marzá Chelet, who has been part of the party for a decade and who now takes over from Francisco José Vengut Colomer, representative of the filà since 2018. 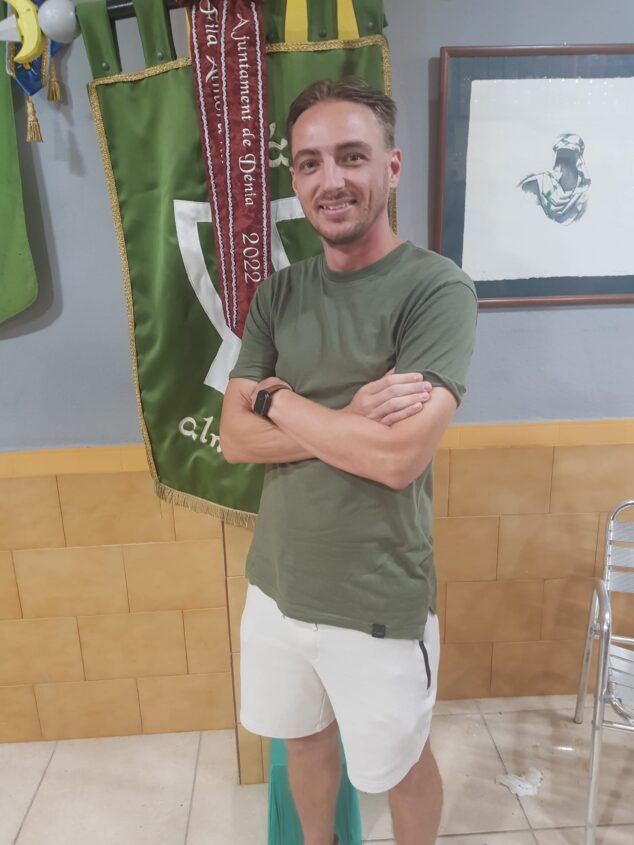 37.861
4.454
12.913
2.440
We use cookies necessary for navigation and traffic analysis. We do not use cookies that provide us with personal data or advertising cookies.
More optionsACCEPT
Manage consents