With all the closings, cancellations, and suspensions, the big question was whether citizens were going to be responsible and stay home, avoiding taking the situation as a vacation to celebrate.

Some Fallas casals have already issued communiqués warning of the closure of their house during the next week. Although the Fallas they have been postponed, each commission was free to use the casal during that week as it wished. Now, some have preferred to join the precautions and cut it off.

Another great mystery was how the clubs and pubs in the municipality, places that could be a magnet for reckless, were going to react. Today it has been announced from the Condado disco, one of the largest in Dénia, that, as a prevention, they will temporarily stop their activity. Measure that has been highly applauded. 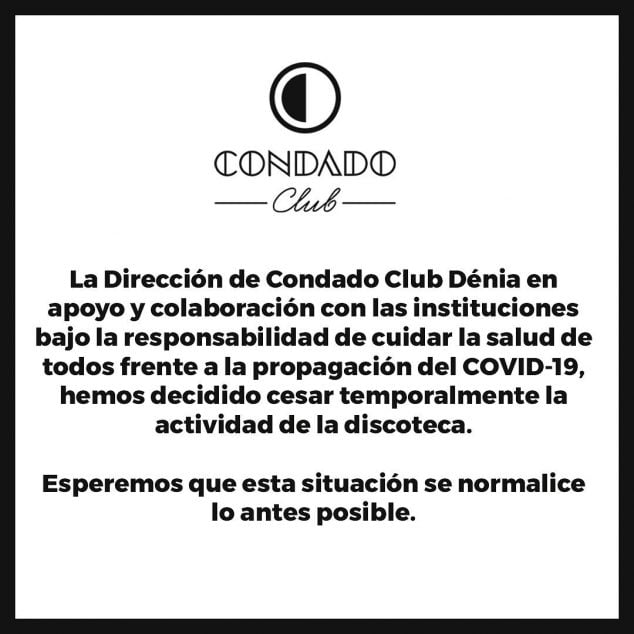 Also the entertainment venues on Calle la Mar, Dorian Gray, The Girl From Yesterday y Paddy O'Connell, have agreed to temporarily cease their activity while waiting for the relevant authorities to notify them that they can return to activity safely and normally. "The party will be back soon, but today we have to stay home!", the local Dorian Gray concluded in his statement.