The historical documents of the creation of the Library of Dénia

Today a year ago that the Dénia Library began to operate in the rehabilitated building of Sant Josep number 6, the library was moving from the House of Culture, and had previously had another location. On the occasion of this first anniversary, we review the birth of the library, how it was built and why buildings have passed. 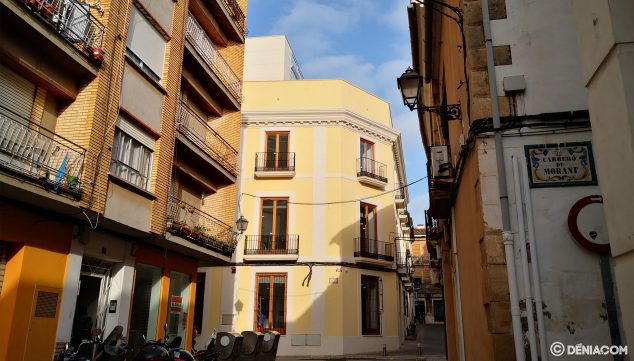 All historical documentation of the creation process is contained in a 1956 file deposited with the Municipal Arxiu. 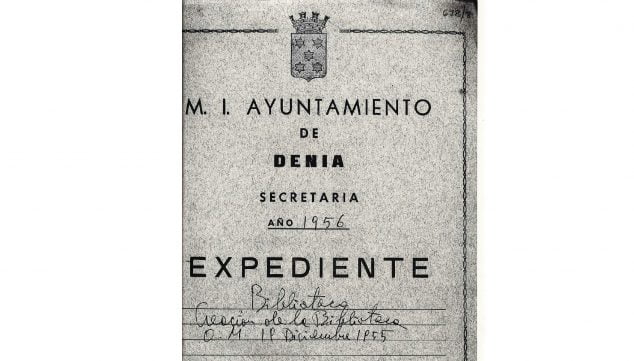 File of the MI City Hall of Dénia regarding the creation of the library (Source: Arxiu Municipal)

En April 1955 Dénia City Council allocated 5000 pesetas (about 30 euros) from the municipal budget to the creation of the library. You can see it in more detail in this document: 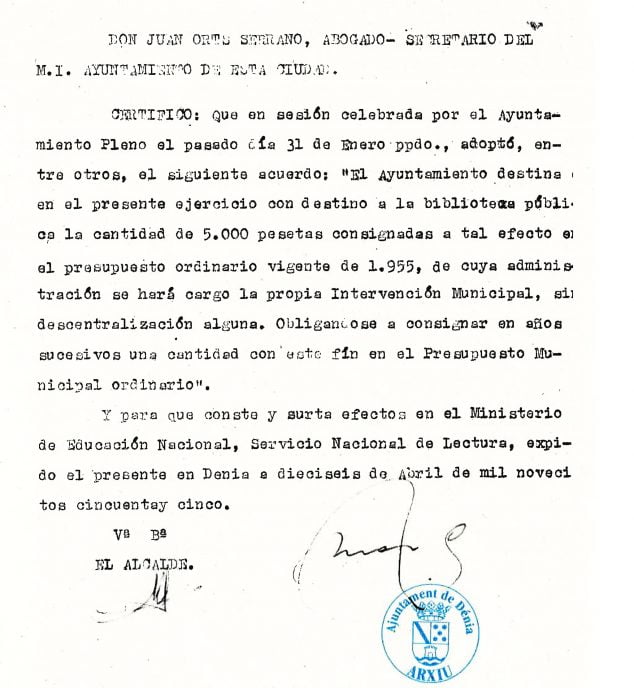 Municipal budget of the City Council in which a game is allocated to the Library (Source: Arxiu Municipal)

The first location of the Dénia Library

In the City Hall building itself there was a place that met the requirements to become a library, as certified by the then municipal rigger, Juan Martínez Carda: "In the same building of the City Hall and on its first floor, there is a premises which is accompanied by a 1:50 scale map with an indication of orientation and situation within the urban center, which I estimate can be used as a library since in terms of its lighting, cubication, ventilation and access, complies with the ordinances. " 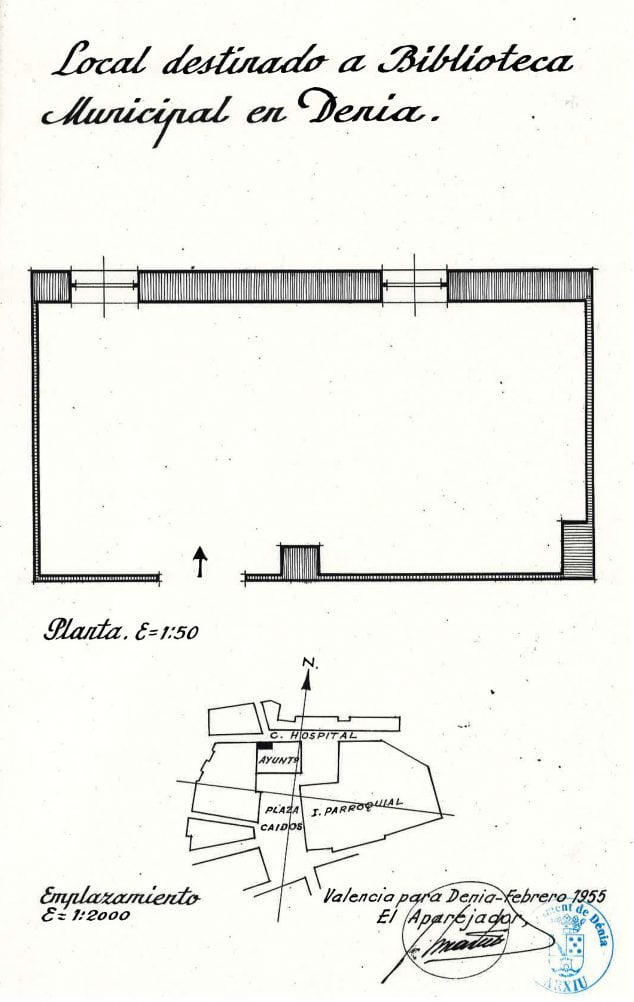 Plan of the first place occupied by the Dénia Library (Source: Arxiu Municipal)

The 1955 documentation reflects the guidelines that the National Reading Service gave the City Council to establish the bases of the library. He advised in terms of operation and also in terms of responsible personnel. At the end of that year, specifically in November of 1955, the City Council had an answer from the General Directorate of Archives and Libraries of the then Ministry of National Education. The document gave the green light to the creation of the Municipal Public Library of Dénia: 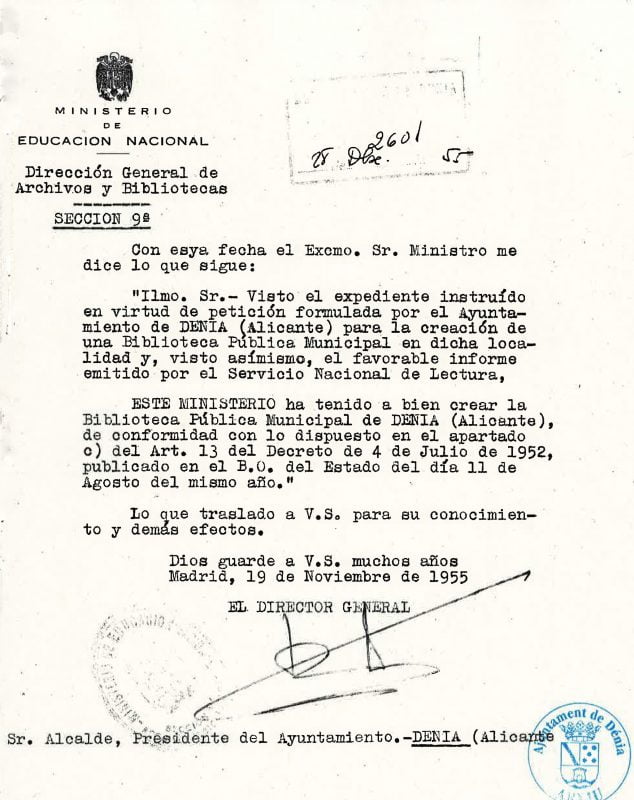 And the 6 January 1956 it became official, with the publication in the Official State Gazette. To fill their shelves, there was an amount allocated in the regular budget of the City Council, the National Reading Service contributed new volumes every year, and there were also contributions from individuals.

The Library in the House of Culture

The Library moved to the House of Culture in 1975. In 1978, according to the newspaper Information, books and furniture worth 100.000 pesetas arrived in the first part, and 250.000 pesetas in another remittance, which just consolidated the funds . The library has occupied the space of the second floor of the House of Culture for 44 years until its move to San José Street in February 2019, current headquarters of the Municipal Library of Dénia. 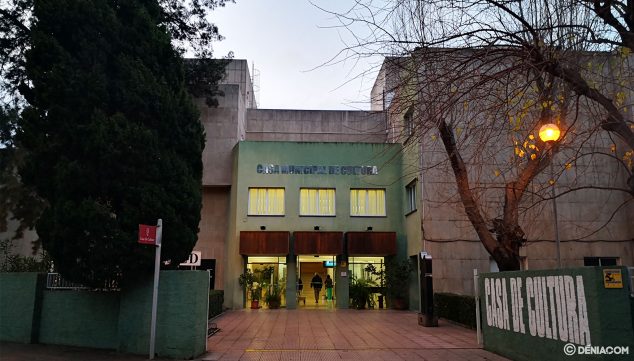 The House of Culture of Dénia, headquarters for 44 years (1975-2019) of the Municipal Library
Related articles

"I go on stage to be free, to laugh and cry without hiding anything": today is World Theater Day
March 27 2020

Ely López's balcony: a stage to cheer on her neighbors
March 20 2020

The # SubiendoonosPorLasParedesFest is born, an online music festival with regional participation
March 17 2020

Museums and castle of Dénia closed from today
March 13 2020

The Dénia libraries are closed
March 13 2020
Leave your comments