The local derby in the cadet category was taken by the formation of Paidos Dénia that was imposed on CFS Dianense by 6 to 2.

The game offered by the boys of both teams was entertaining, with the schoolboys sending on the scoreboard and in the game. During the first half they clearly dominated their rival and also had success in the face of the opposing goal. The break came with an advantage of the Paidos by 3 to 0. 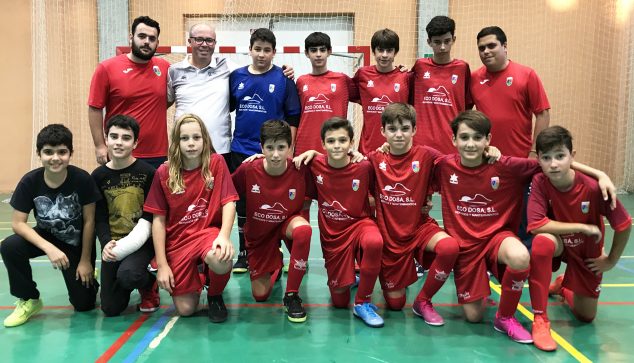 It was in the second half when CFS Dianense cut the differences with a bit of Artaix. Despite fitting this goal, serenity reigned in the rojillo team and continued control of the game. Five minutes later, Villar returned the advantage of three goals for the Paidos.

In the final stretch of the clash, Dianense, who did not lose his face to the game, scored his second goal, the work of Álvaro. The scorer account for the Paidos was closed by Marc and Jorge in the last squeeze given by the schoolboys. In the end 6 to 2, a result just after what was seen on the playing field.

With these three points, Paidos Dénia continues in second place behind the wake of the leader, Nueva Elda. Meanwhile, CFS Dianense descends to sixth place.

Victory in children over Petrer

In the Infant category the Paidos Dénia won in his visit to the track of Petrer FS, by 2 to 6.

The first part began with the two teams having many errors in the exit of the ball. In one of them the locals came forward. The schoolboys were not comfortable in the field and they lacked ideas to create offensive game.

The second part was another sing. The Paidos came out with another mentality and on the first play Damiá, cross-shooting, matched the game. Then Andreu advanced the schoolboys. Dianense superiority was evident on the track and the goals were falling on the side of Paidos, until reaching the final 2 to 6.

The meeting between the Local Police and the veterans of the Levant raises 1.300 euros "for the brave"
17 of February 2020