The team of Veteranas + 35 A of the Dénia Tennis Club beat the Saladar de Valencia CD, in the match corresponding to the second day of the league, after some disputed matches. Again the doubles tie was decided, in which Elsa Bordehore and Heike played a great game winning Susana Llopis and Mónica Pérez, for 6 / 3 and 6 / 3. 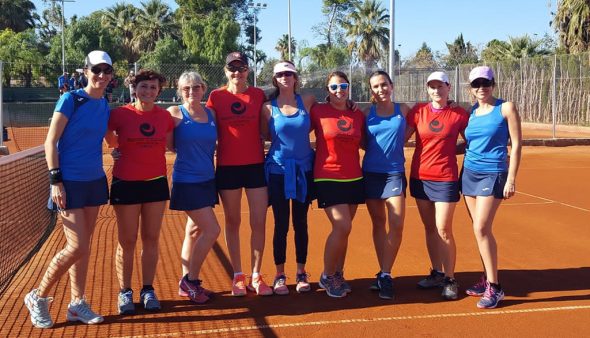 The team of Veteranas + 35 B, meanwhile, also played their second day, falling after disputed games against a powerful SportClub by 1 to 4. The Dianense team fought until the end, demonstrating a great level and putting the Alicante team against the ropes.

The men's absolute team, which plays in the highest category, played its first match against the Montemar Athletic Club, the championship's favorite, falling by the minimum by 3 to 4. The team will fight for permanence on December 14 against the loser of the clash between CT Torrevieja and CT Teixereta-Ibi.

In padel, the 2ª category team fell in its confrontation against Xaló by 0 to 3. The players of the Xaló did not give option to the team of CT Dénia, demonstrating their superiority in two of the disputed matches. In the third point, the players of CT Dénia, Cristian Garcia and Raul Monserrat, played a disputed match, finally falling for 6 / 7 and 3 / 6 against Germán Ripoll and Pedro González.