The 50-meter-long woman "Trapped in time", from Tardor, is already part of the Marina Alta landscape

The new imposing work of the young dianense artist Tardor Since last Friday it also belongs to the residents of Ondara, where the muralist has decided to give up his art. 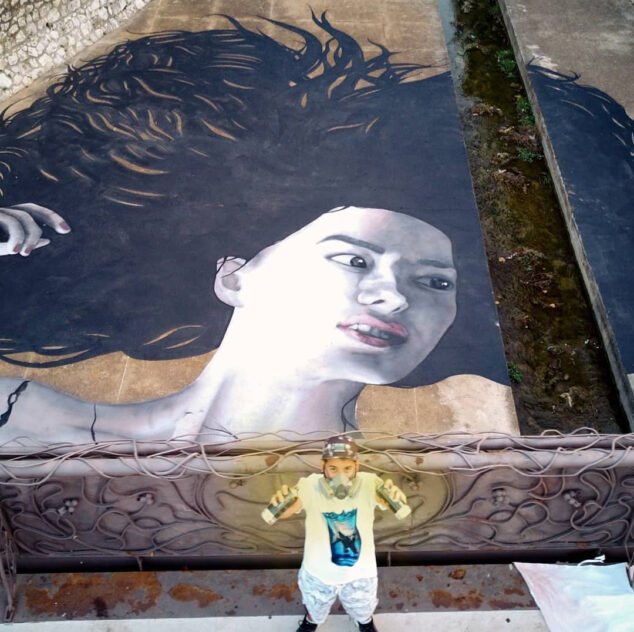 Tardor next to his last mural

Tardor Roselló's work can be enjoyed in different municipalities of the Marina Alta. Famous is his work in the Plaza del Garrofer and Cinema de La Xara, in the Plaza de la Rosa in Jesús Pobre (which the artist confesses is one of his favorites), in some streets of Benigembla, and, of course, in Denia. In the capital of Marina Alta, and her hometown, her signature appears on Calle La Vía, after the Castillo tunnel and, for a few months now, also on the facade of the Llunàtics building. In addition, other parts of the State, such as Madrid, León or Galicia, have murals of the Dianense graffiti artist in their landscape.

But his art does not understand borders and has also reached other parts of the globe, such as the impressive 3D mural he made in Dresden (Germany), and for which Dénia.com conducted an interview last November.

Now, Tardor has used the Alberca river as a canvas as it passes through the center of Ondara to create an extraordinary 50-meter mural. In this one, which has the title Trapped in time, you can see a woman lying down and imprisoned between the road that crosses the riverbed.

It is an own project that the muralist proposed to the Ondara City Council, which provided everything so that he could carry it out. In just ten days, Tardor granted the municipality a work that will long form part of the landscape of Oviedo. 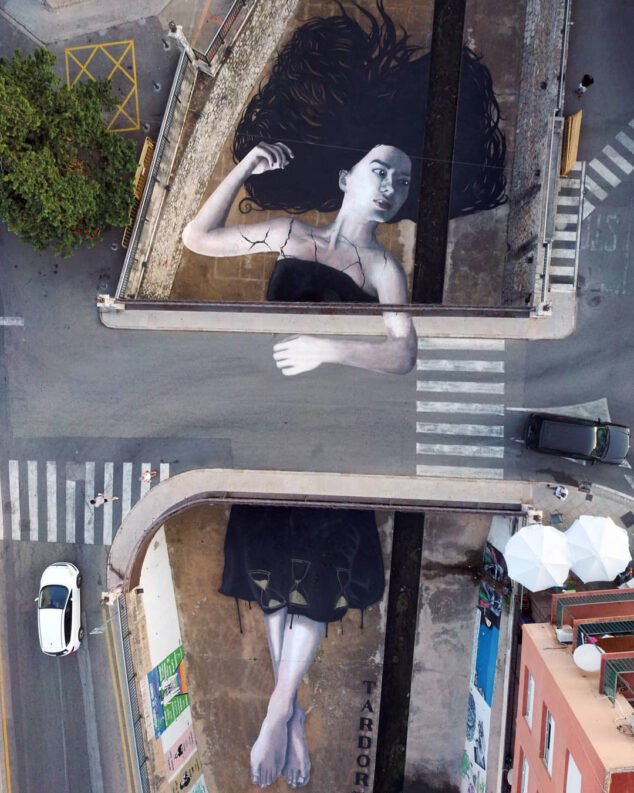 36.640
4.282
11.046
2.130
We use cookies necessary for navigation and traffic analysis. We do not use cookies that provide us with personal data or advertising cookies.
More optionsACCEPT
Manage consents