The Beniarbeig Library hosted the presentation of the seventh edition of the Encontres to Beniarbeig, a project of literary and historical dissemination that has not only maintained from the beginning a firm seal of quality, but has been consolidated in the cultural agenda of the region as a reference conference cycle. With these words, the Councilor for Culture of the City of Beniarbeig Sara Gil, has influenced the echo of a program that this year, coinciding with the 80th anniversary of the Spanish Civil War, will focus on the trace of the conflict within our letters . 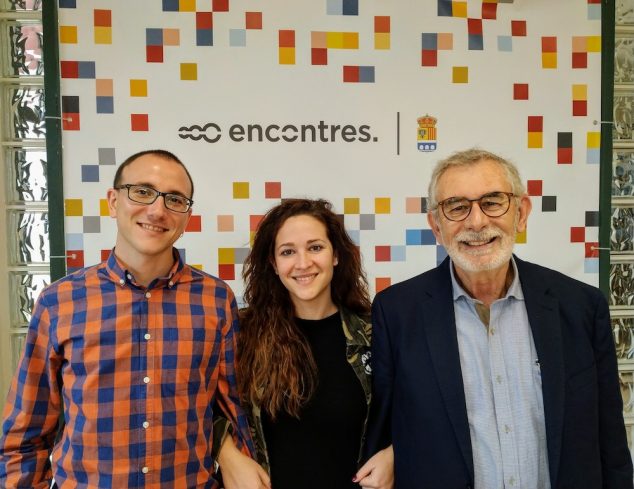 As for the content of the seventh edition, Tomás Llopis, writer and member of the commission of the Encontres, summarized a program headed by the prestigious Catalan writer Vicenç Villatoro, who will teach the first presentation of the cycle It will be Thursday 16 January 2020 with the title Before the war, a fracture in time. Excellent speaker, Villatoro is an essential figure of our letters and a voice fully recognized when it comes to narrating the testimony of war.

Thursday February 27, the doctor in Audiovisual Communication Aina Monferrer will present the conference The Civil War of 1936-1939 through the glasses of Vicent Andrés Estellés, precisely the theme to which he has dedicated his doctoral thesis, recognized with the Extraordinary Prize.

In March, Tomás Llopis himself will give the Thursday March 12 day the presentation Enric Valor: Frederic Genovard's first-person war and other testimonies, a communication and at the same time a tribute to the author of Castalla and his trilogy of novels focused on such a historical stage.

On the other hand, one of the Encontres classics, the professor Joan Francesc Mira, will be responsible for closing the cycle on Thursday April 2 with the presentation The war after the war, a communication where the illustrious professor will address the post-war period and the testimony of resistance of the maquis in the interior regions of the north of the Valencian Country.

In short, as Pablo Bañó, librarian of Beniarbeig recalled, "The conferences will take place at the Beniarbeig Library at 19:30 pm, except for the last talk in April, which will be 20:00 pm, and will be in charge of leading figures in the field of literature."

Seventh days that propose to review from an analytical and transversal vision the bulk of an unfortunate anniversary that deserved this historical, literary and, above all, social reflection.